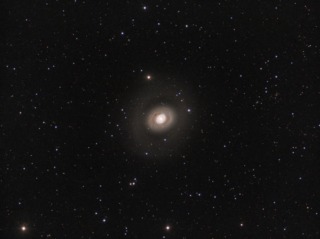 Messier 94 or sometimes referred to as the Cat's Eye or the Croc's Eye galaxy it is a spiral galaxy with distinct inner and outer rings. Several theory's on how it came about, but no definite answer. The inner ring is around 50,000 light years in diameter with the outer ring extending adding another 30,000 light years to the diameter.The galaxy contains some 40 billion stars. Located in Canes Venatici and is around 16 million light years away. It is the primary member of the M94 galaxy group that contains 16 to 24 galaxies. 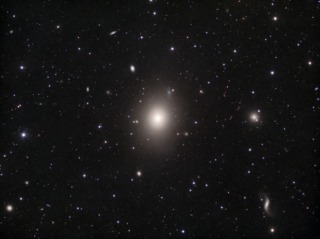 Messier 49 is a giant elliptical galaxy located in Virgo. Part of the Virgo B sub cluster of the Virgo super cluster, it was the first member of the cluster identified. The galaxy stretches across 157,000 light years and contains over 200 billion stars. It also has some 5,900 globular clusters. Having no signs of large scale star formation, it mostly consists of older yellow and red stars giving it a pale yellowish color. It is currently interacting with dwarf irregular galaxy UGC 7636.

Discovered by Charles Messier in 1777. 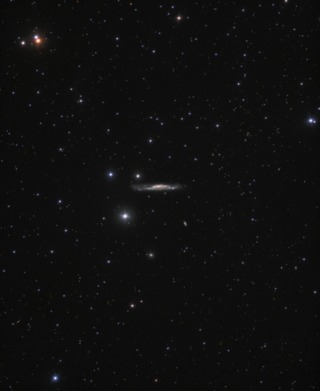 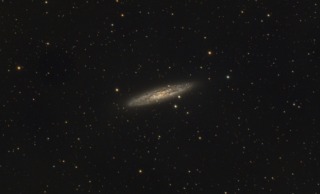 NGC 253, aka Sculptor Galaxy, aka Silver Dollar Galaxy.One of the brightest galaxies visible, but a bit low in the sky for Northern observers. About 11 million light years away and a diameter of 90,000 light years. Also one of the dustiest and is undergoing intense star formation. 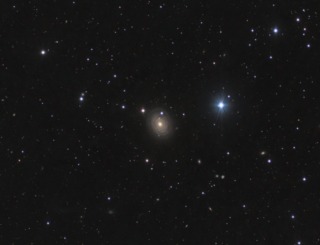 NGC 488 a nearly face on spirally spiral galaxy with it's tightly wound arms located 90 million light years away in Pisces. Estimated size of the diameter of the galaxy is 170,000 light years across. Many background galaxies are also visible. The galaxy itself is rather isolated other than a few dwarf galaxies around it. 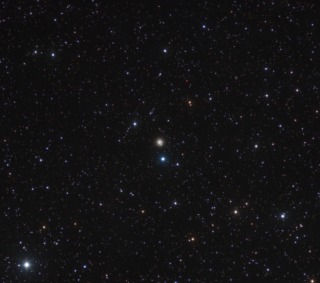 Compact isolated face on spiral galaxy located in Cassiopeia. The galaxy is undergoing a burst of star formation in an inner ring but it does not extend out to the outer parts of the galaxy. It is thought to have been caused by a recent merger with a smaller galaxy.