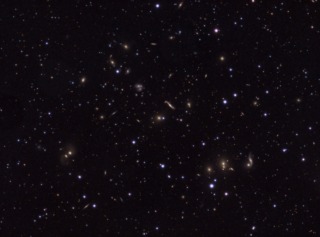 The Hercules Galaxy Cluster or its more more formal designation of Abell 2151, contains some 200 to 300 galaxies located approximately 500 million light years away. Imaged with the Es127 refractor and the Atik 314L+ mono ccd.

This image shows the location of many of the galaxies in this image, there are still others that aren't cataloged. 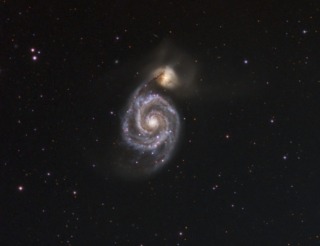 Messier 51 and it's interacting companion galaxy NGC 5195. First categorized by Charles Messier in October 1773, and in 1845, William Parsons first saw the spiral structure. It was the first "nebula" to show a spiral structure. In Edwin Hubble was able to show these "nebula" were far outside of our galaxy by measuring the brightness of Cepheid variable stars located in the object.

Interaction between M51 and NGC 5195 has led to increased star formation in the system and may have accounted for its pronounced spiral structure.

Imaged with the Es127 refractor and the Atik 314l+ mono camera. 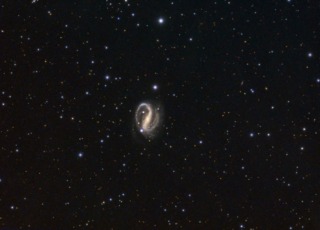 Located in the constellation of Pegasus, NGC7479 is a barred spiral galaxy at a estimated distance of 105 million light years. The galaxy is has been undergoing rapid star formation in its nucleus and outer arms possibly due to a merger with a smaller galaxy. Imaged with the Es127 refractor and Atik 314l+ mono ccd camera over various nights for the last month. 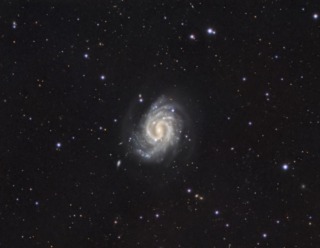 Sometimes called the Lost Galaxy, not because it has been lost, but but because it was difficult to see with 1950's technology. NGC 4535 is a barred spiral galaxy contained in the Virgo cluster of galaxies. It is estimated to be 54 million light years distant, and the galaxy spans 117,000 light years across. 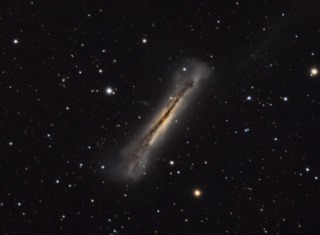 NGC 3628 is often called the Hamburger Galaxy or Sarah's Galaxy forms part of the Leo triplet of galaxies along with Messier 65 and Messier 66. The galaxy is an unbarred spiral galaxy seen edge on from our perspective. A broad band of dust along the equatorial axis blocks most of the view of the disc and nucleus of the galaxy. The galaxy also shows evidence of past interactions with other galaxies as a long 300,000 light year tidal tail can be seen in long exposure images extending from it, along with with edges of the spiral disc being warped. 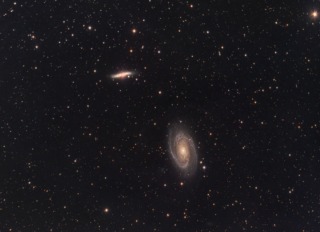 Messier 81 is a spiral galaxy located in Ursa Major, it is the largest galaxy in the M81 galaxy group, which is a relatively close grouping of galaxies. It is often called Bode's Galaxy after its discovery by Johann Bode in 1774.

Messier 82, the other prominent galaxy in the image is often called the Cigar Galaxy, it was also first discovered by Johann Bode. M82 is a star burst galaxy as it is undergoing an increased rate of star formation, possibly triggered by interaction with M81 in the past.

Imaged with the 80mm refractor and a Zwo 1600 mono camera.