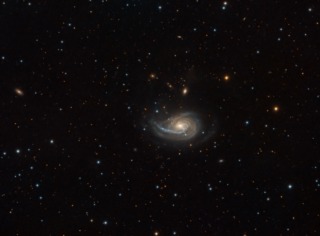 Start off the year with a galaxy, NGC 772. 130 million light years away in Aries, at twice the size of our galaxy. Elongated spiral arm probably caused by one of its satellite galaxies. 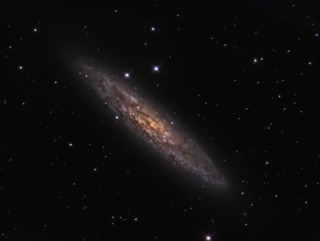 Located in Sculptor, of course, the Sculptor Galaxy is sometimes referred to as the Silver Dollar Galaxy. It is one of the brighter galaxies after the ones in the Local Group.

Discovered by Caroline Herschel in 1783, William Herschel added it to his catalog of deep sky objects.

Imaged with a remote telescope located in Australia. 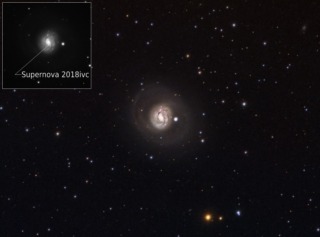 Messier 77 is an active galaxy located in the constellation of Cetus (The Sea Monster). It has an active galactic nucleus and is classified as a type 2 Seyfert galaxy. It is one of the closest of this type of galaxy.

The first supernova detected in this galaxy was discovered on November 24, 2018 by the DLT40 Survey and was given the name of SN2018ivc. It is classified as a type II supernova which is a core collapse of a massive star. 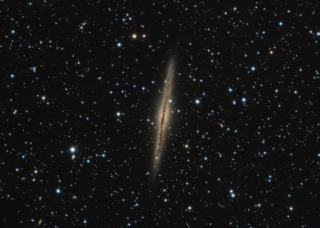 NGC 891 is an edge on spiral galaxy in which the disk of the galaxy shows many dusty regions. Filaments of the dust extend out from the disk, it is thought that supernova explosions might have caused them. 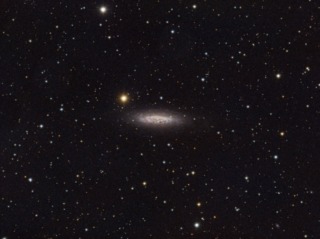 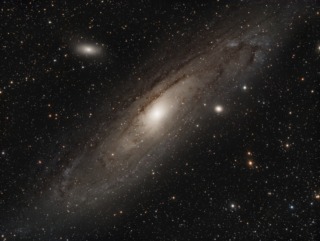 Messier 31, or more commonly known as the Andromeda Galaxy, is one of the largest members of our local group of galaxies. Charles Messier added it to his catalog in 1764.

Until 1917 it was thought it was just a nebula located in our galaxy until Heber Curtis observed several nova in M31 and recorded they were about 10 magnitudes dimmer than the local ones in our galaxy. He proposed that M31 was a separate galaxy apart from ours. His theory wasn't proven until 1923 when Hubble measuring Cephid variables visible in M31 and measured its distance at 750,000 light years. In 1943 Walter Baade doubled the distance by measuring the different types of stars in the central region of the galaxy, and discovering two types of Cephid variable stars in the galaxy.

The galaxy is thought to have been shaped by the merger small galaxies 10 billion years in the past, and it appears the Andromeda galaxy and the Milky Way galaxy may merge in around 4 billion years.