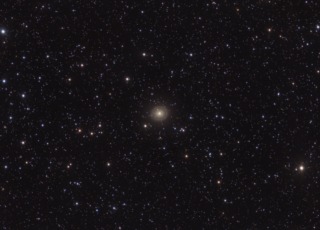 NGC 7217 a gas poor spiral galaxy located in Pegasus 50 million light years away. Three ring like structures where most of the star formations is occurring. Possibly a result of a past galaxy merger as some stars are moving in opposite directions. 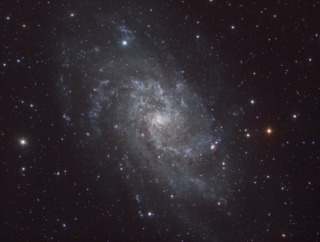 Messier 33 or the Triangulum Galaxy located conveniently in the constellation of Triangulum is a member of our local group of galaxies. The third biggest of a group that includes the Milky Way and the Andromeda Galaxies. A spiral galaxy that is approximately 2.7 million light years away. Smaller than the Milky Way, it contains some 40 billion stars compared to the 400 billion plus stars of the Milky Way galaxy.

Numerous HII regions can be seen located in the galaxy as pinkish red sections, the largest is NGC 604 which is amoung the largest HII regions in our local group. It would be over 40 times the size or our Orion Nebula. 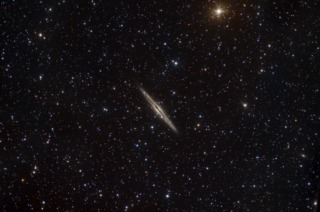 NGC 891 galaxy is located in Andromeda. Similar in size and shape to our galaxy, it's what ours would look like viewed edge on. Fingers of dust and gas are seen extending above and below the galaxies disk, possibly cause by past supernovas expelling gas and dust. 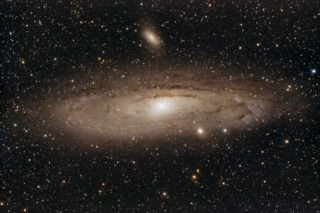 Messier 31 or the Andromeda Galaxy, located in the constellation of Andromeda contains more than one trillion stars. Also visible are Messier 110 above the galaxy, and Messier 32 just below the galaxy disk. Two of the 14 satellite galaxies around Messier 31. Until 1923 it was debated whether such objects were nebula located in our galaxy or separate galaxies like our own Milky Way galaxy. In 1923 Edwin Hubble identified Cepheid variable stars in Messier 31. Cepheid variables have a well defined brightness to variability period that allows astronomers to measure distance to them by knowing their actual brightness. Their distance placed them well outside of our galaxy.

Messier 31 is actually approaching us, and is expected to merge with our galaxy in 4 billion plus years in the future. 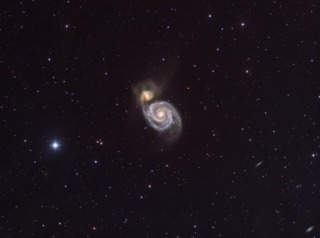 Messier 51 and NGC 5194 are a pair of interacting galaxies. It is the brightest member of the M51 galaxy group, which also includes M63, the Sunflower galaxy. It is about 35-40% the size of our galaxy, and is Seyfert galaxy with an active galactic nucleus. NGC 5194 is thought to have passed through M51's disk some 500 million years ago that led to an enhanced spiral pattern and increased star formation and then passing through the disk again some 50-100 million years ago to a position currently located behind the galaxy. The two galaxies will eventually merge after a few more passes. 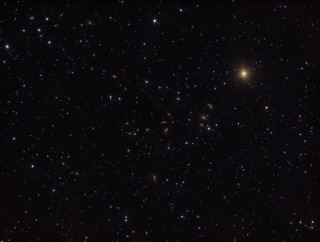