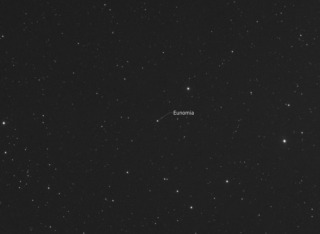 Located in the asteroid belt, it is the largest of the stony type asteroids, and contains around 1% of the mass of the asteroid belt. It is thought to be core remnant but where the crust and mantle was stripped off in a collision. It has an orbit period of 4.3 years and is in a 7:16 resonance with Mars.
It is named after the minor Greek goddess of law and order, Eunomia.

Short video clip of its motion over a few hours. 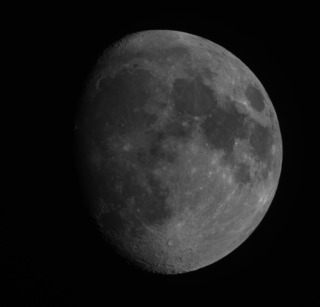 Something a little closer! The Moon imaged on the night of January 6, 2020. 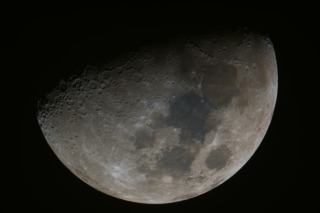 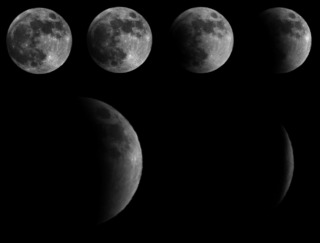 The morning of January 31, 2018 featured an lunar eclipse, which was also "blue" moon, which means it was a 2nd full moon in a single month, and also while the Moon was slightly closer in its orbit, which is often to referred to as a "super" Moon. While none of the events are particularly rare, the combination of them all were unusual.

Unfortunately from my location, the Moon entered the Earth's shadow at about the same time as it became daylight. If it had happened earlier in the night, the Moon would have became a dull reddish color from the light reaching it from the Earth, hence the "blood" moon references. The reddish color is caused by the blueish light being scattered by the Earth's atmosphere, while the red light makes it through. Similar to sunsets and sunrises on Earth having reddish tint to the light. Sometimes the reddish light is poetically described as all the sunsets on Earth.

The image is a collage culled from images taken 20 minutes apart. As the sky got lighter, and the Moon got closer to the horizon, the seeing conditions deteriorated, from imaging through more and more atmosphere. 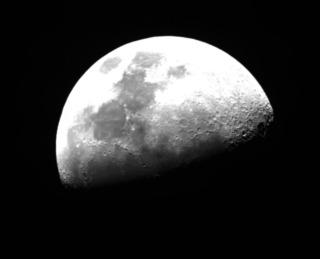 My quick My #ObserveTheMoon image.

Cropped and resized to fit the page, and despite my best efforts, still a bit over-exposed using the 80 mm refractor. 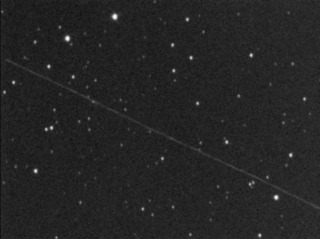 On Oct 12, 2017, a small asteroid zoomed past Earth just outside the range of our geosynchronous satellites.

First discovered in October 4, 2012 during it's last close approach. It will make several more approaches in the coming decades, but nothing as close as this one. Next closest approach will be in October 2050.

Size is estimated 15 meters, with a non-spheroid shape, and has  a fast rotation with a rotational period of only 12 minutes and 14 seconds.

A single 60 second exposure as the asteroid zoomed across the field of view.