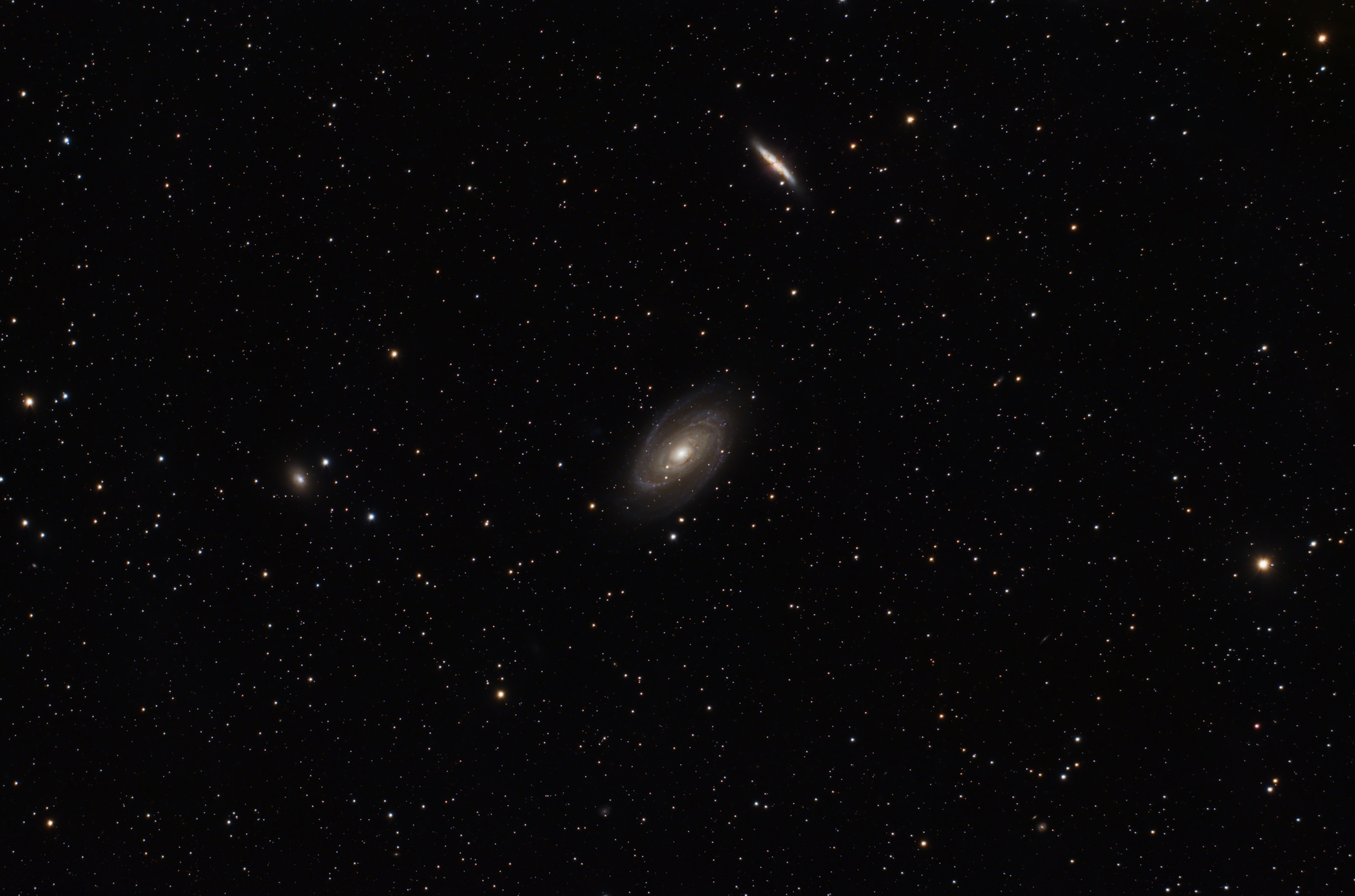 Messier 81 is a spiral galaxy about half the size of the Milky Galaxy with a diameter of 90,000 light years, lies about 12 million light years away.

Messier 82 has a diameter of 37,000 light years and is classified as a star burst galaxy. It is undergoing rapid star formation most likely caused by gravitational interaction with M81 and NGC 3077.

NGC 3077 is an elliptical galaxy that appears to have been disrupted by M81 and M82. All of these galaxies belong to the Messier 81 galaxy group. One of the closer galaxy groups to our own Local group. 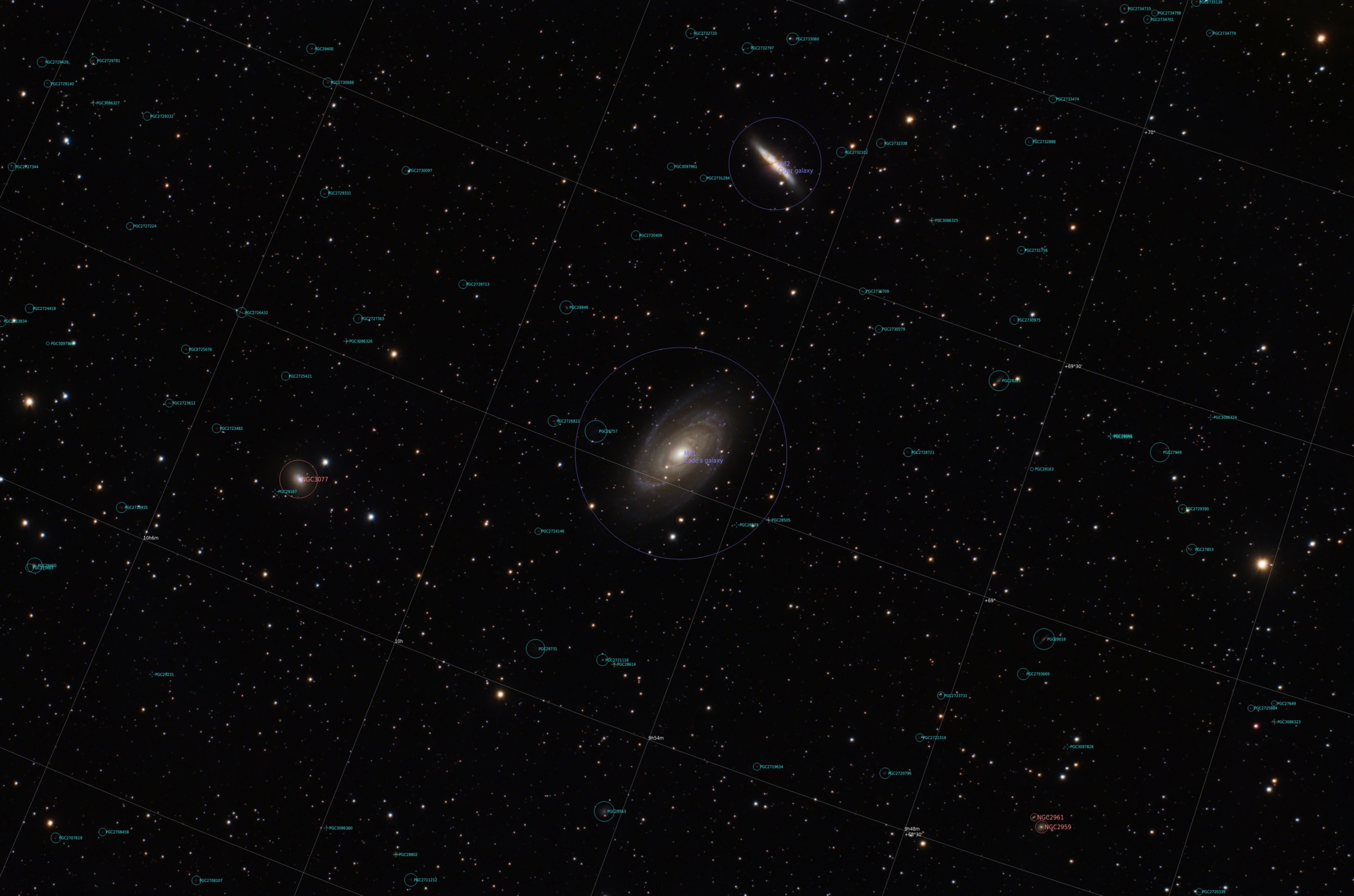 Many other distant galaxies lie in the background of the image.