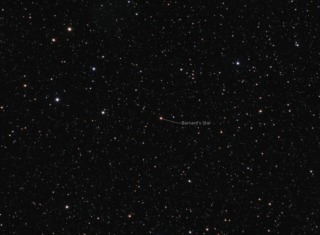 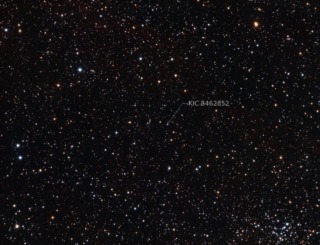 SS 433 A most unique variable star 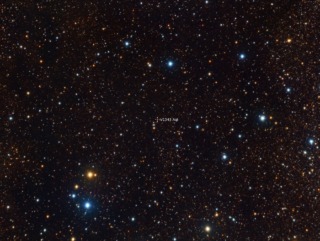 Deep in the star fields of Aquila lies SS 433 aka V1343 Aquilae. Discovered in 1977, researchers noticed spectral shifts alternating between red and blue shifts. The star is also embedded in a supernova remnant, and is also a powerful producer of x-Rays.

The star system consists of an A type star orbiting either a neutron star or a black hole. The companion star loses material to the other object forming an accretion disc that is subject to extreme heating as it spirals in. In the process giving off intense x-rays and jets of material above and below the accretion disc. These jets precess around in a period of 163 days, and travel at 26% the speed of light.

The two object orbit each other with a period of 13 days and is located 18,000 light years away. Astrophysicists call the object a micro-quasar.

I also preformed a photometric observation and came up with a magnitude of 14.46 in the "v" band and uploaded it to AAVSO. 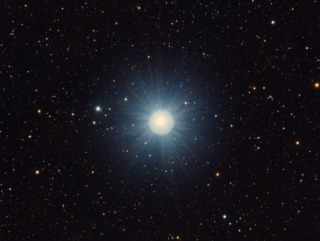 Procyon lies only 111/2 light years away in the constellation of Canis Minor, Due to its being a spectral type F5 white main sequence star, and its nearness to Earth, it is the 8th brightest star in the night sky at magnitude of 0.34. The name comes from ancient Greek that means "before the dog" which refers to the star Sirius, which was often called the dog star. To viewers in the northern hemisphere, Procyon rises in the east before Sirius. Procyon also is a binary star system that contains a white dwarf. Detection of the white dwarf is very difficult due to its faintness next to Procyon's brightness, and its close in orbit that varies from 9 to 21 AU. As you can see in my image, the glare from the star and halos from the color filters would make it impossible to see a white dwarf. 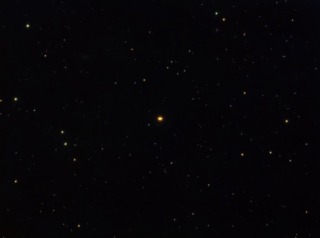 Here we have HD79210, a double star located 20 light years away in the constellation Ursa Major. The pair of stars orbit each other once every 975 years. The primary star is a magnitude 7.64, and the secondary star is 7.70, so they both about the same brightness. They both are slightly cooler of the Sun, being K, and M class stars which are orange-red dwarf stars.

Many stars have orbiting companions, most are too far away, or orbit too close to see, other than by spectroscopic observation. Our Sun is in the minority in that it has no known stellar companions.

Imaged under a full Moon, using 120 second exposures for each red, green, and blue filters. 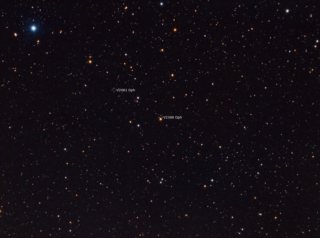 Another entry from astronomer Max Wolf's catalog of stars displaying high proper motion across the sky. Wolf 1061 is an M class red dwarf located constellation of Ophiuchus at a distance of 13.8 light years from Earth.  It's claim to fame came in 2015 when a team analyzing 10 years worth of data from the HARPS spectrograph along with photometry measurements announced the discovery of three low mass, possibly rocky planets orbiting Wolf 1061. Two of the planets would lie near the habitable zone.