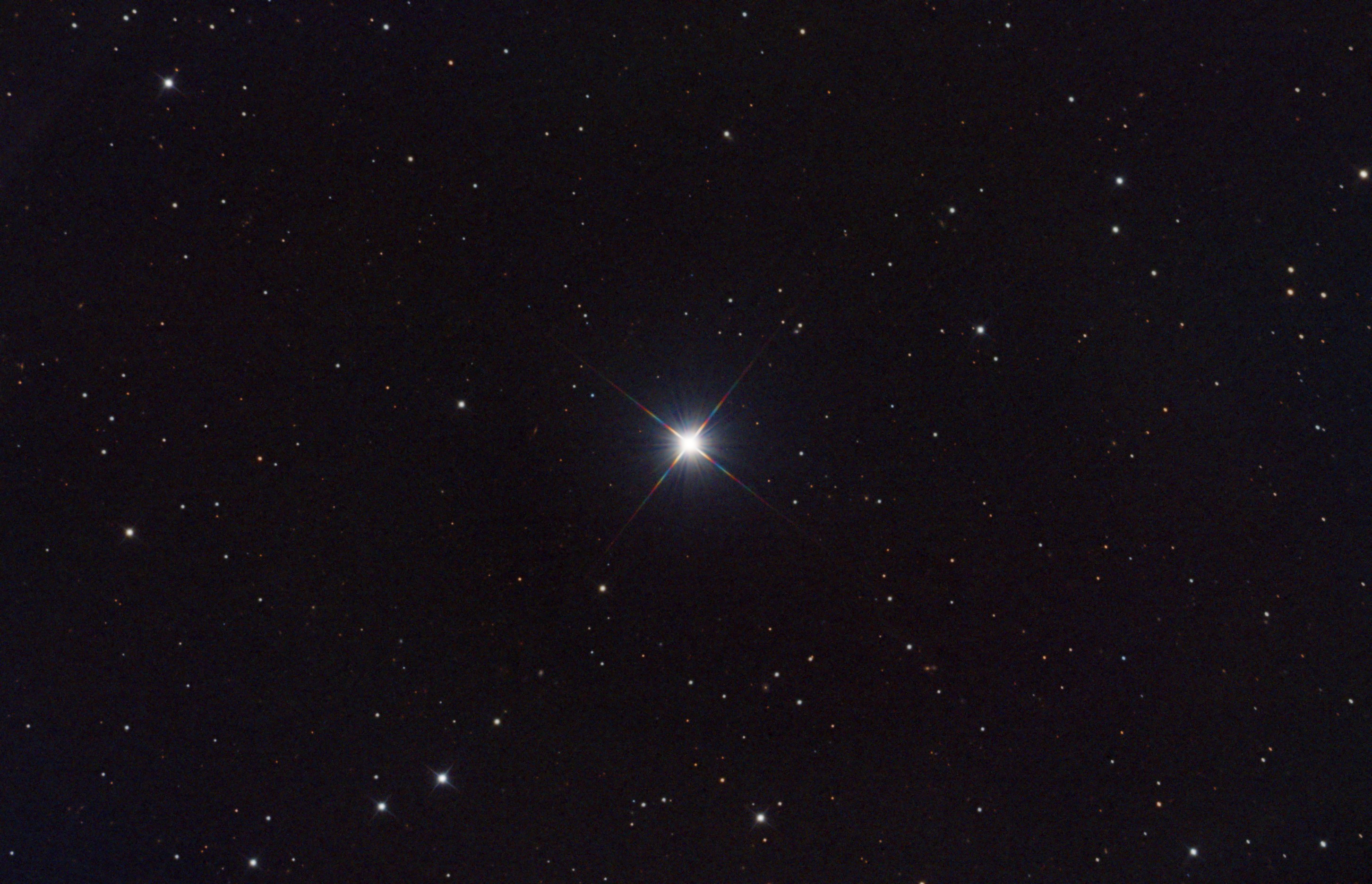 HD 84406 is located in the constellation of Ursa Major, and a yellow star of spectral type G, and shines at a magnitude of 6.9, just dimmer than a person can see without optical aid.

What is special about HD 84406? Actually not too much as stars go, but that is a good thing as it was used for the initial focusing of the new James Webb space telescope.

Some of the constraints were the star would have to be in the field of view for the telescope for the entire collimation of the mirrors. The star couldn't be too bright which would cause issues with the sensors. Also the star needed to be in an uncrowded area by other stars. And of course the star needs to be stable with a constant magnitude.