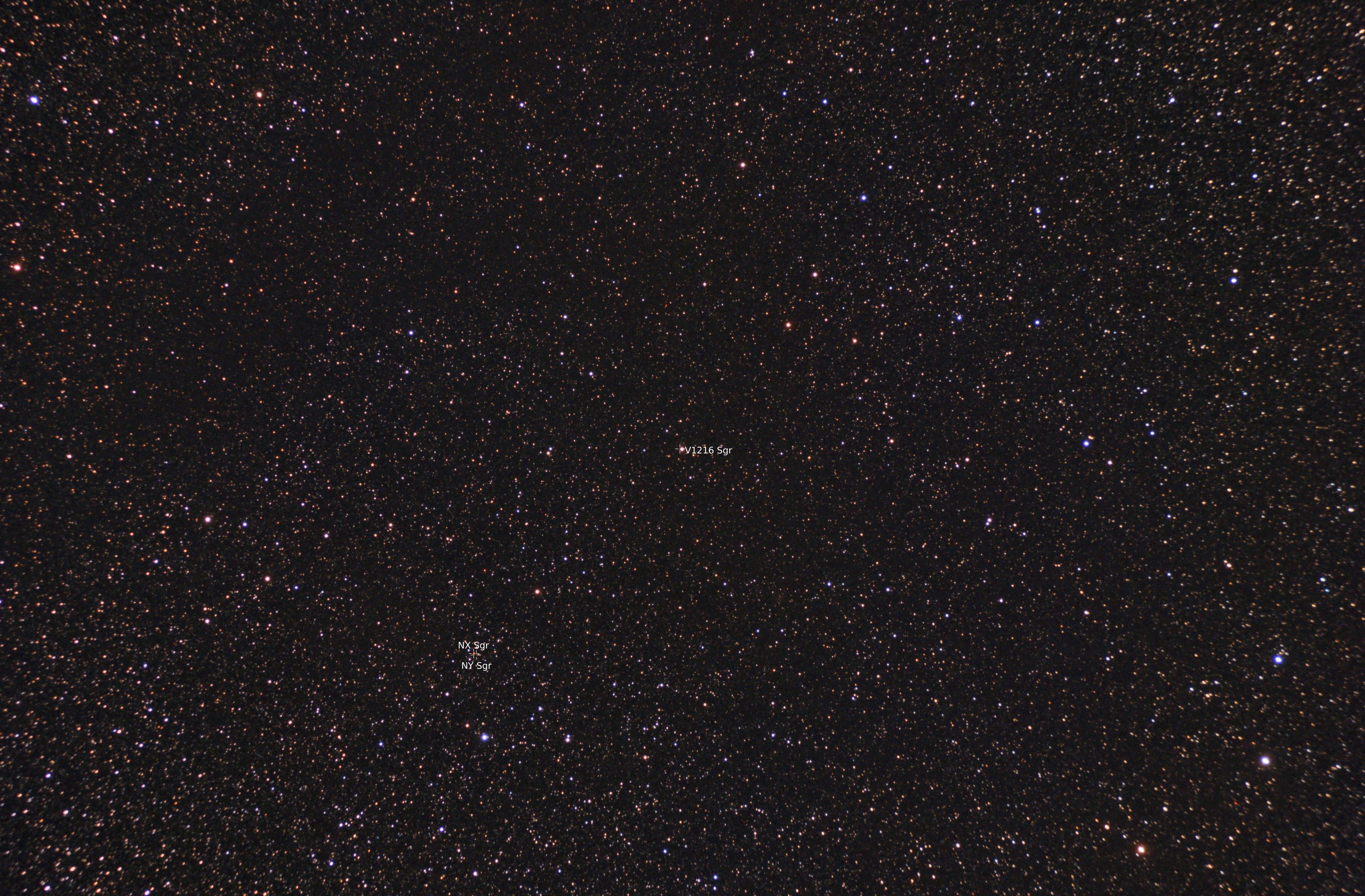 Ross 154, also known as V1216 Sgr is a red dwarf UV Ceti type flare star. Studied by Frank Elmore Ross in the 1920's for its variability and its proper motion. Located some 9.7 light years away, makes it currently the 6th closest star to our solar system. Despite the closeness, being a red dwarf, its magnitude is only 10.4 which requires an optical aid to see it. It's estimated to be a relative young star at  an age of 1 billion years. And so far no planets or circumstellar dust disk has been detected around it.