Ross 248 or HH Andromedae is a red dwarf star currently located in Andromeda. At a distance of 103 light years, it is one of the closer stars. In about 33,000 years it will actually be the closest star for about 9,000 years as it comes with in 3 light years before continuing on. Despite its closeness, it shines only at a magnitude 12.3, so its not visible with out a telescope. As like many red dwarf stars, its also a flare star. No unseen companions have been detected around it so far.

As a closer star, some movement is visible in images taken years apart. This animation shows the movement over a 5 year period. 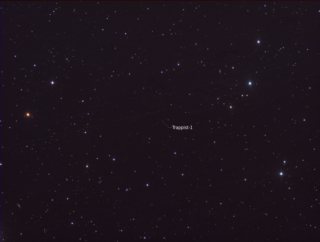 Trappist 1 is an ultra cool red dwarf star currently located in Aquarius. It is slightly larger than Jupiter, but with a mass of over 80 times that of of Jupiter. Three planets were discovered around it in 2015, with 4 more added in 2017. The star is a dim 18.9 magnitude, despite its closeness. 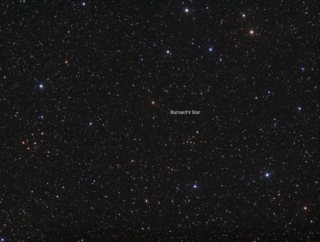 Barnard's Star is a red dwarf located 6 light years away. At mag 9.5 telescope is needed to see it. It displays the highest motion across the sky (proper motion). It's motion is visible in images taken a year apart. My images from 2014-2020. 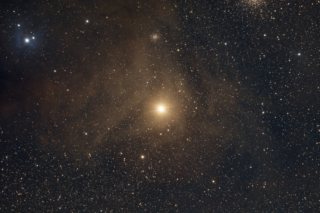 Antares is a swollen red supergiant star located in Scorpius the Scorpion. As the brightest star in that constellation it is designated as Alpha Scorpii. It is the 15th brightest star visible from Earth. It's outer layers are so swollen it would extend out past the orbit of Mars if it was located where our Sun is at. It also has a companion star that is a blue-white main sequence star. It illuminates part of the Rho Ophiuchi cloud complex. As with many stars with this size, it most likely will explode as a supernova in the future. 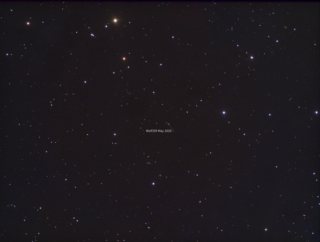 Wolf359 is a red dwarf star at a distance of 7.8 light years away from Earth. Located in the constellation of Leo it is one of the nearest stars. It is also one of the faintest low mass stars known. So despite its closeness, it takes a telescope to see it as it shines at a dim magnitude 13.5. A relative young star at less than 1 billion years, as a red dwarf, it will survive for a trillions of years. It is also a flare star with a high rate of flares. It possibly has two planetary objects around it. The Wolf designation comes from Max Wolf who studied high proper motion stars and kept a catalog of them. It's motion can be seen over the years across the sky. 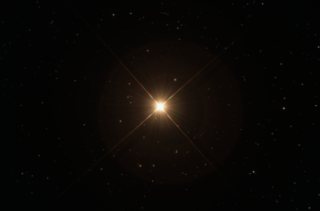 Betelgeuse is a red giant star located in Orion. It is the largest star visible to the naked eye, if was located where our Sun is, it would extend out past the asteroid belt. It also a variable star with a magnitude range between 0 and 1.3. Attracting attention now as it is currently noticeably dimmer as one of the brightest stars in Orion. Because of its mass, it will have a short lifetime as stars go, and is expected to end as a supernova in less than a million years. At around 700 light years away it will be quite a show, with possibly brighter than a full moon at night and visible even during the day.