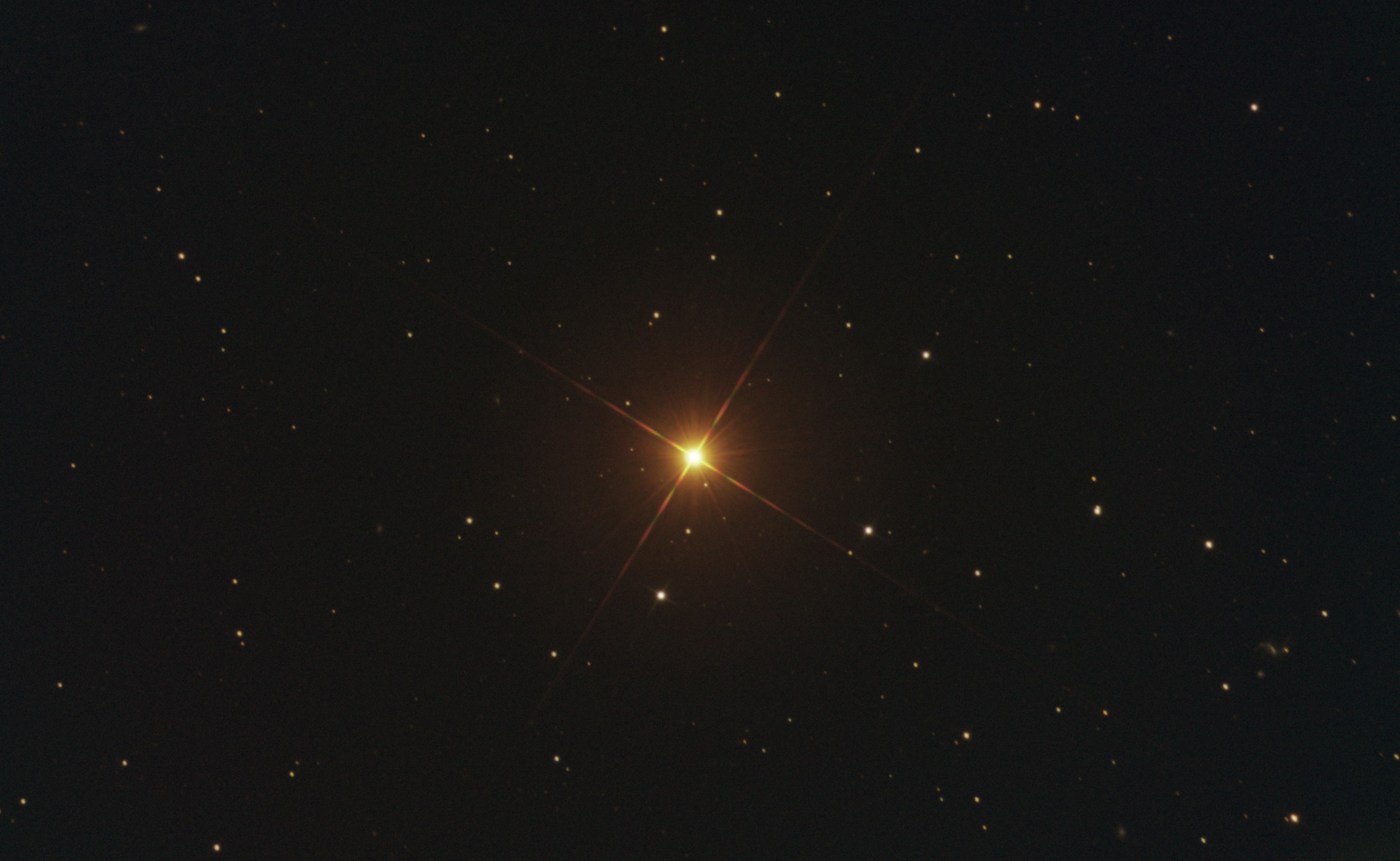 Also know as its popular name La Superba, a giant red star, and one of the reddish known with a B-V index of 2.54. A carbon in the star's outer shell absorbs blue light giving its distinctive reddish light. Primary has a 160 day cycle in its magnitude variations. The star is in its final stages of its evolution and is expected to expel its outer layers in the future, and form a planetary nebula before shrinking down to become a slowly cooling white dwarf.