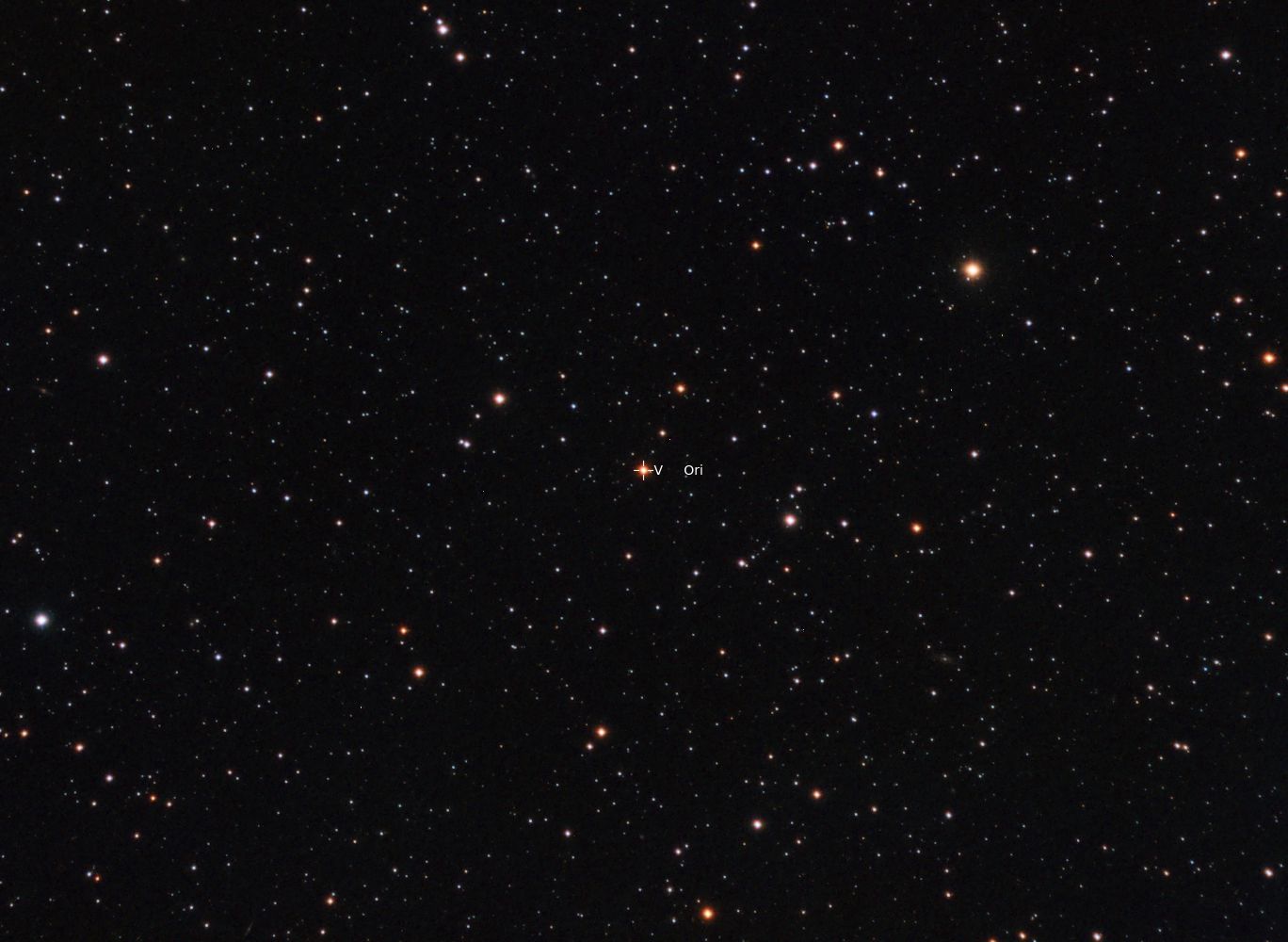 As Orion sets in the western sky, I say goodbye to one of the long period variable stars I follow until Fall when it starts rising in the east.

V Ori is a Mira type variable star that varies between 8.9 - 14.7 in V band over a period of approximately 267 days. Mira type variables are cool red giant stars that vary in brightness by over 2.5 magnitudes over periods that range from 80 to over 1000 days. The stars are in their late stage of life, fusing helium at the core and a swelling outer layer that is only weakly bound to the star. The star will eventually stop fusing, and transition to a white dwarf with a planetary nebula surrounding it. The pulsation is thought to be caused by shock waves originating from the star and traveling out through the extended shell.

Light curve of V Ori, looking like it is near its peak on April 1st.