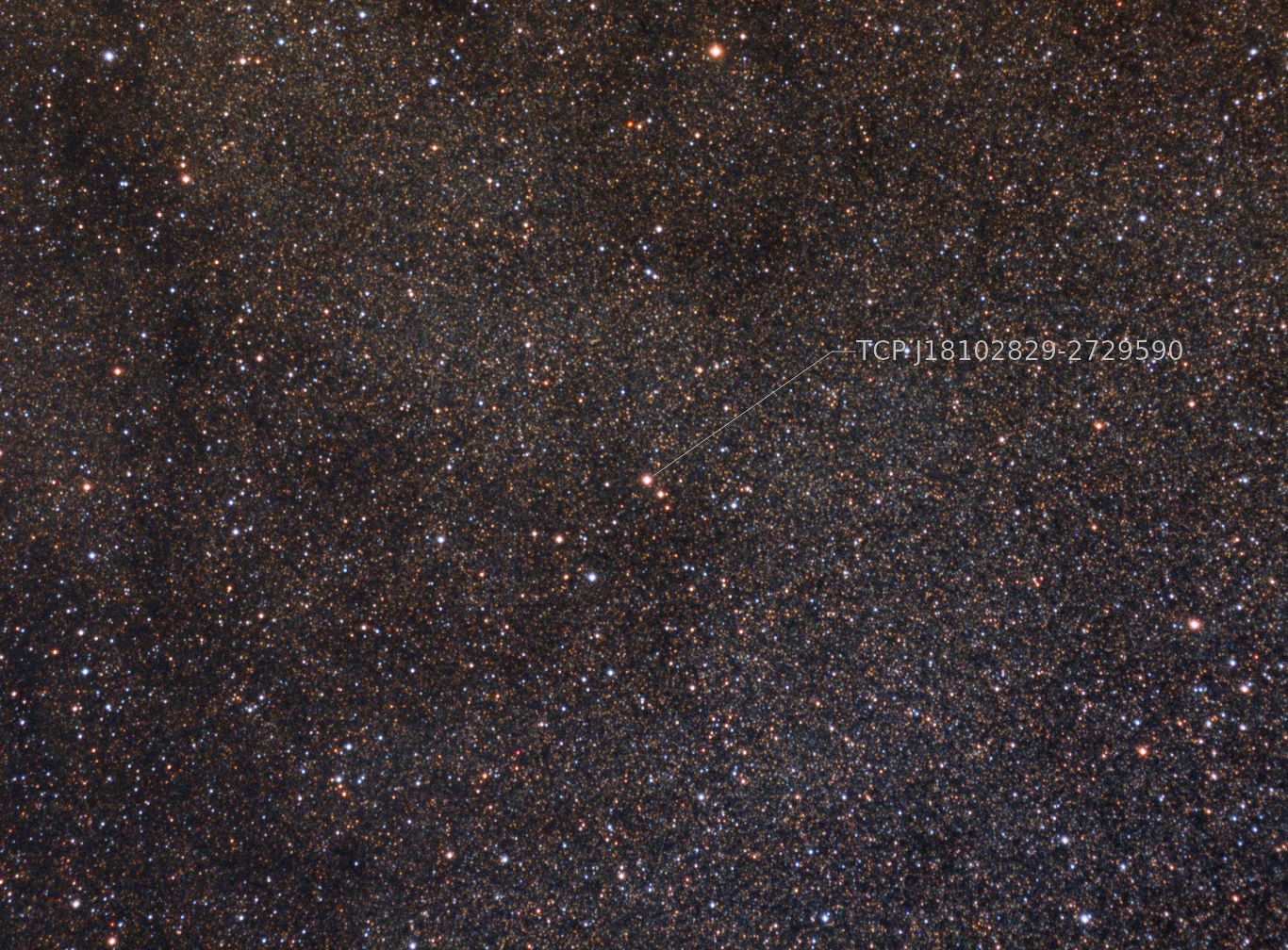 On October 20th while doing sky patrol with his 180 mm lens, Koicho Itagaki from Japan discovered a "new" star in Sagittarius that wasn't there the previous time. The star, temporarily given the designation of TCP J18102829-2729590 until it's permanent name is assigned. The star then at 11th magnitude has since increased to 8th magnitude.

A classical nova is binary star system in which one of the members is a white dwarf. The white dwarf steals hydrogen from its companion star. The gas piles up on the white dwarf until it builds up enough density to ignite nuclear fusion. The layer ignites like a fusion bomb causing the star to brighten 50,000 to 100,000 times brighter with in hours. The star then slowly dims as it burns off the hydrogen fuel and the process of accretion of hydrogen gas begins again. The process can take anywhere from years to centuries.

Sagittarius is fertile hunting grounds for nova as it lies in the direction of the center of the Milky Way Galaxy.

The image was taken on the evening of October 27 with the ED80 refractor using R/G/B filters to create a color image. In addition a "V" band filter that only allows green light through was used to take a photometric observation of its brightness. Its brightness on that evening was computed at 8.234 magnitude.