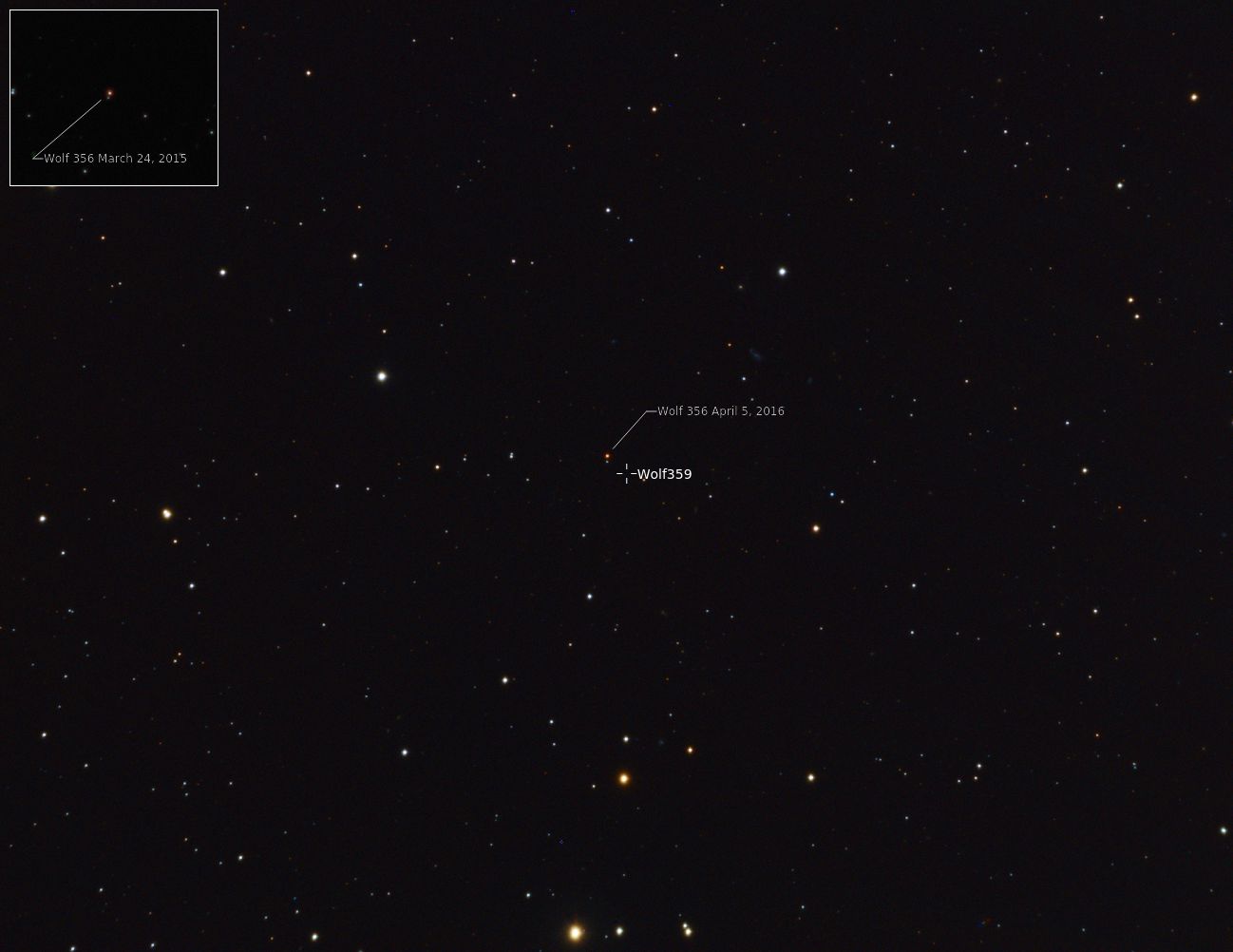 Wolf 359 is a red dwarf star located in the constellation of Leo. The name comes from Max Wolf who cataloged stars that were measured moving across the sky, and it was entry number 359.

Even though its one of the closer stars to us at only 7.8 light years, it is an exceedingly dim star at magnitude 13.5. It has just barely enough mass to fuse hydrogen at an estimated 9% mass of our Sun.

And of course its the location of where the Star Trek Federation made their stand against the Borg ;-)

In the image, the cross shows where the star catalog says its at, the picture shows where it is actually at now, and the insert shows where it was a year ago. If you look closely, you can tell they star has shifted slightly in a year.

Image taken with the ED80CFT refractor and Atik 314L+ mono ccd through some thin cirrus clouds, at 7 x 300 exposures through R/G/B filters.