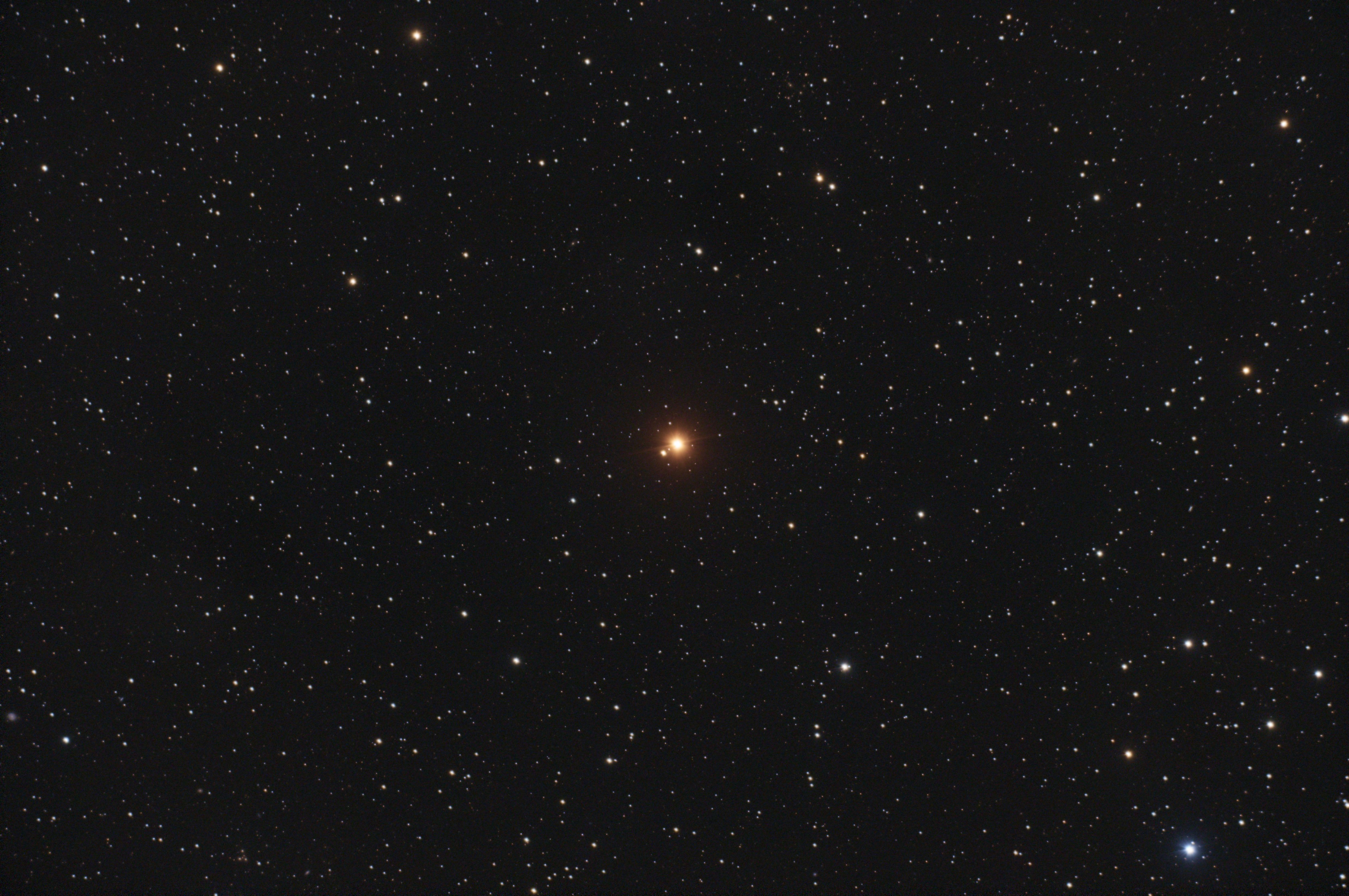 Mira or Omicron Ceti is a red giant star in Cetus. Prototype for a class of red giant variable stars that pulsate over periods of 100 to 1,000 days. Mira itself pulsates over 331.65 days going from a magnitude 2.0 down to 10.1. The star also undergoes a helium flash period about every 10,000 years. A white dwarf also is in orbit around Mira at 70 AU, and material lost from Mira is accreated by the white dwarf. Not massive enough to end in a black hole, it will eventually lose its out shells and become a white dwarf itself. As it plows through space, the mass lost forms a comet like tail and shock wave bubble in its direction of travel.