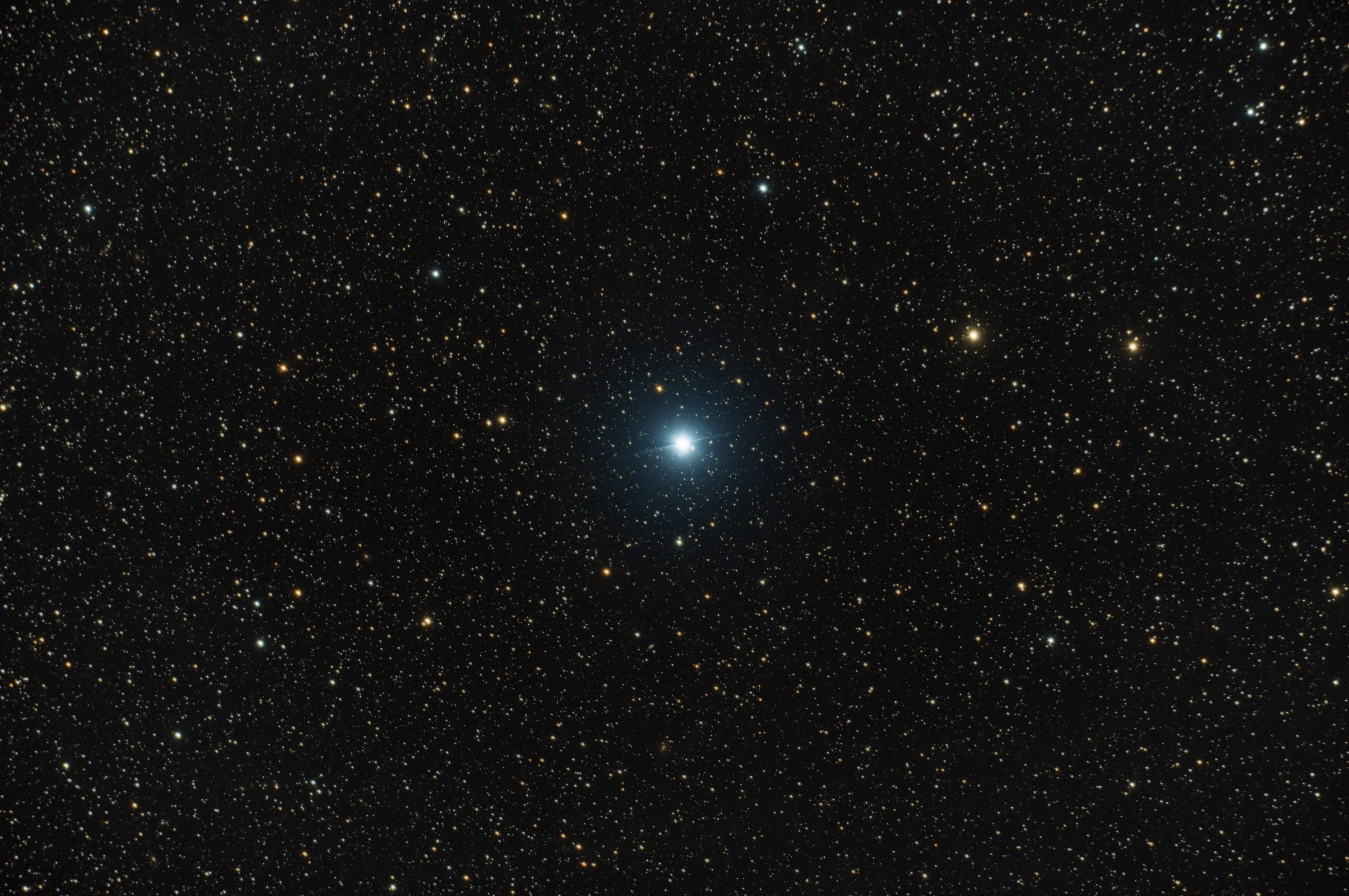 Algol, Beta Persei, sometimes known as the Demon Star was one of the first noticed variable stars, dipping from mag 2.1 to 3.4 every 2 days, 20 hours and 48.8 minutes when a dimmer companion passes in front of it from our viewpoint. Probably noticed by ancient astronomers. It is a multi star system with at least 3 stars in the system. Primary star Beta Persei A is of type B8V, one of the spectroscopic stars B is an orange sub giant of type KOIV, and C is type A7m. The A and B stars are only 0.062 AU apart, while C orbits the pair at 2.69 AU.

7.3 million years ago, Algol came within 9.8 light years of our solar system, it would have shined in the night sky a magnitude brighter than Sirius does today.

It has a very dark reputation in ancient history as a star of death and misfortune.