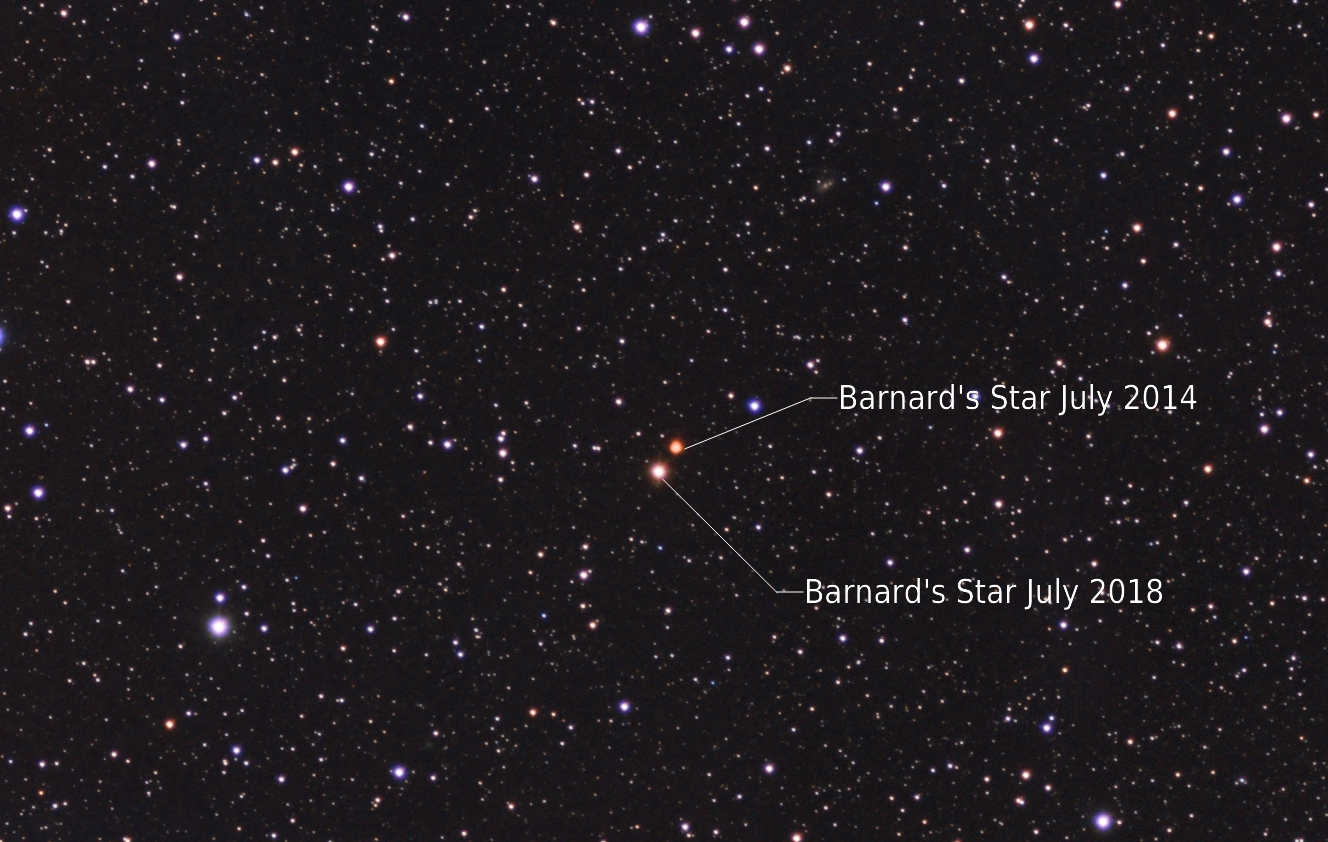 Barnard's Star is a low mass red dwarf star 6 light years away from Earth. It's biggest claim to fame is it displays the highest proper motion of any star. Proper motion is the apparent motion across the sky from our viewpoint here on Earth. This is mainly due to its relative closeness and speed and direction of travel in the galaxy. The image is a composite of images taken in July 2014 and merged with an image in July 2018. It's motion in the sky is apparent. Despite its closeness, being a low mass red dwarf star, its apparent magnitude in the sky is 9.5, requiring a telescope to see it. The star is an estimated 7-12 billion years old, and as a red dwarf it will live a very long lifetime. It will make its closest approach in the year 11,800 AD at 3.75 light years.