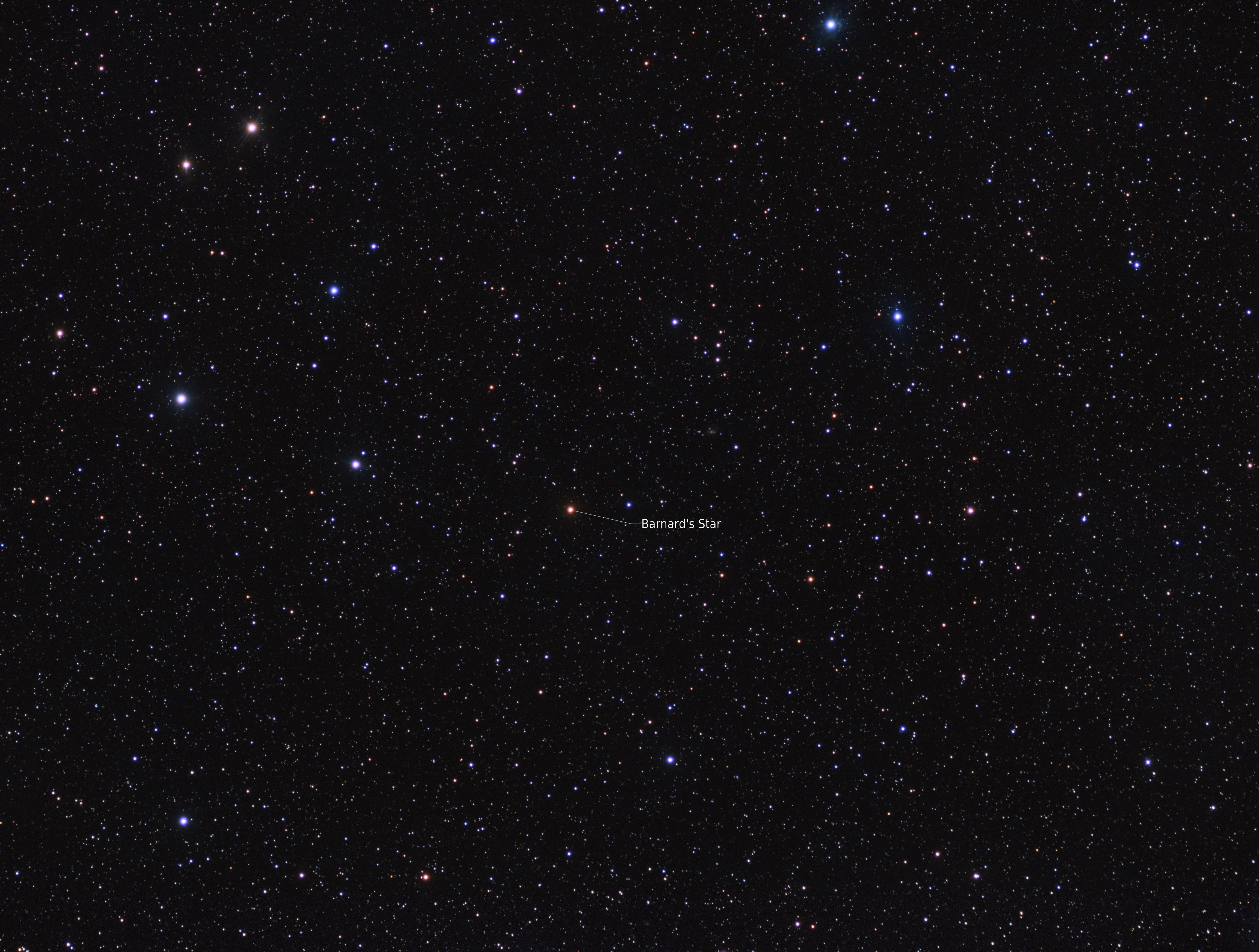 Barnard's Star is a red dwarf star located 6 light years away in the constellation of Ophiuchus. Despite being relatively close, it is unable to be seen with out a telescope due to its dim nature. Being close by, and due to its motion, it displays the highest proper motion across the sky of any discovered star. That is, it appears to move across the sky faster than any other star.

I attempt to image it every year to show its motion across the sky.