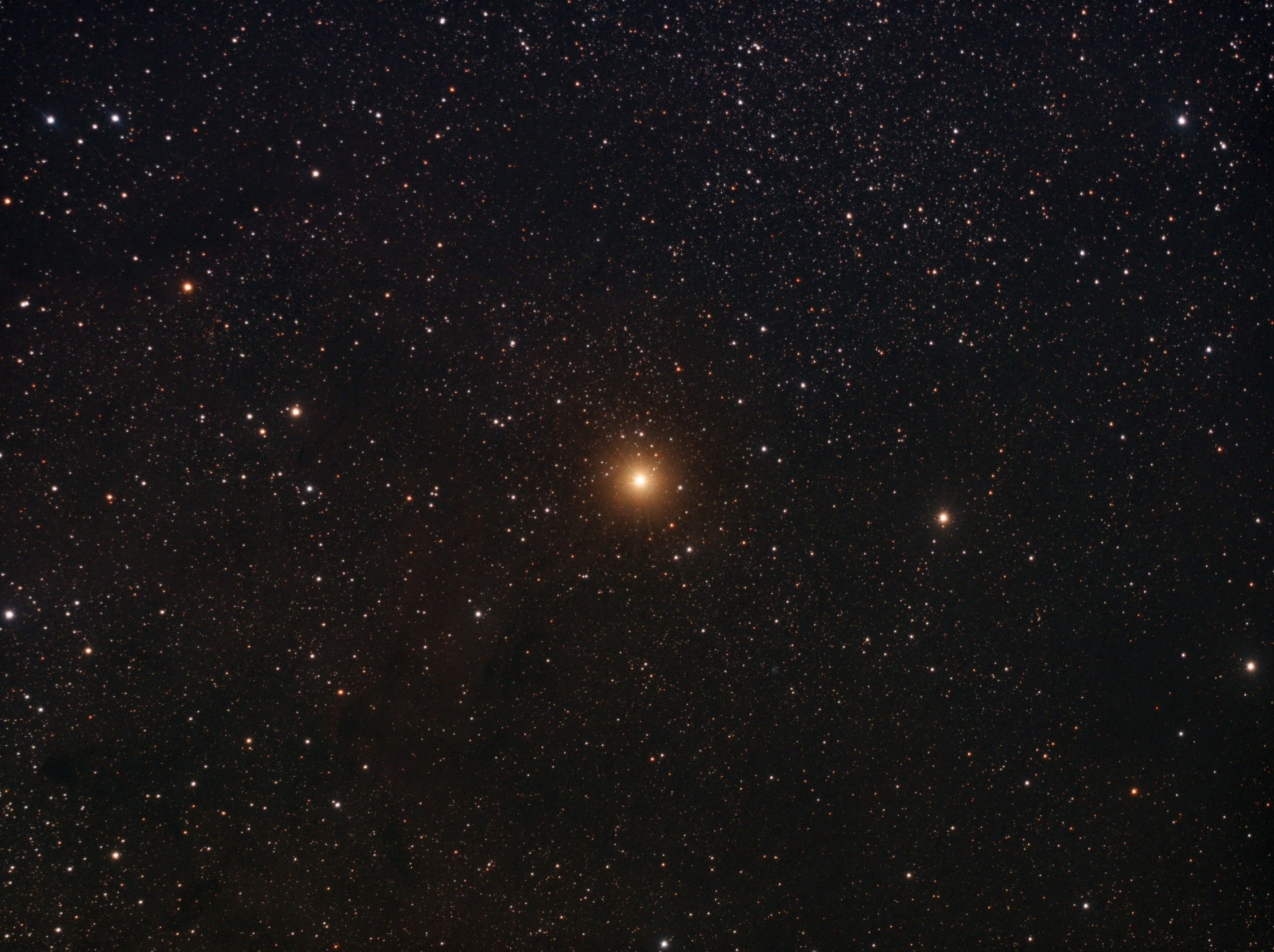 Also known as Herschel's Garnet Star is a supersized red giant star. It is among one of the larger stars known. If it was located where our Sun is, the outer layer would reach beyond the orbit of Jupiter. The lifetime of massive stars like this are measured in millions of years. Mu Cephei will most likely end as a supernova; with either a neutron star or a black hole remaining. As a (super) red giant, it varies in magnitude between 3.4 and 5.1. It is an estimated distance of 2,800 light years away. Located near the Elephant Trunk Nebula the area has many areas of dust and gas clouds nearby.