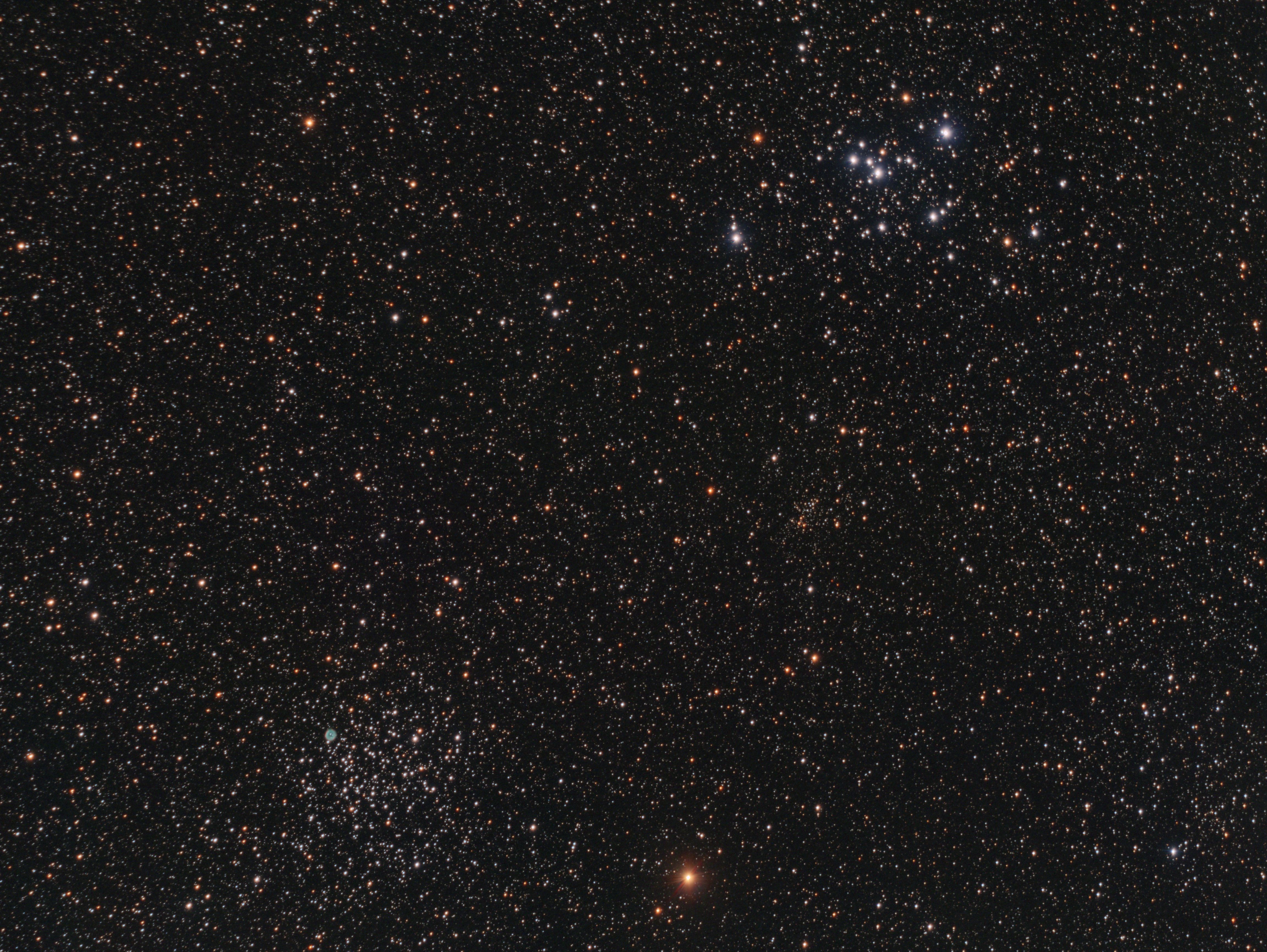 Messier 46 is an open cluster located in the constellation of Puppis. The cluster contains approximately 500 stars and is estimated to be 300 million years old. Also visible in the cluster is a planetary nebula designated NGC 2438, however the nebula does not appear to be part of the cluster as it's radial velocity is different. Also barely visible is another planetary PK231+4.1 up and left of M46, and open cluster M 47 is also visible in the upper right corner. 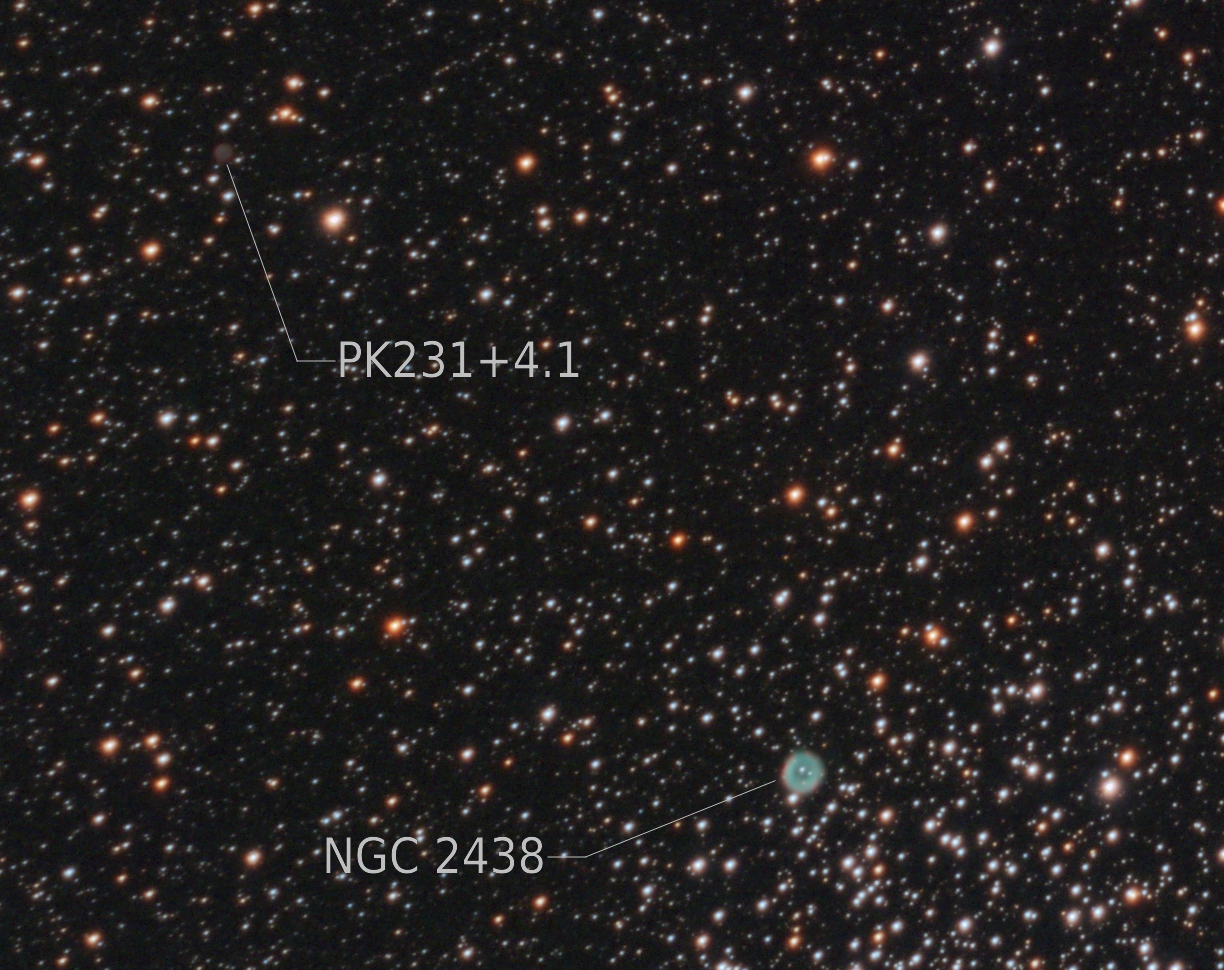 Messier 47 is visible in the upper right side of the image, an open cluster that contains approximately 50 stars and at an estimated age of 78 million years and is about 1,600 light years away. Messier 47 was considered a lost Messier object as the coordinates Charles Messier recorded contain no object at those coordinates. M47 is now identified as the same object that is NGC 2422.