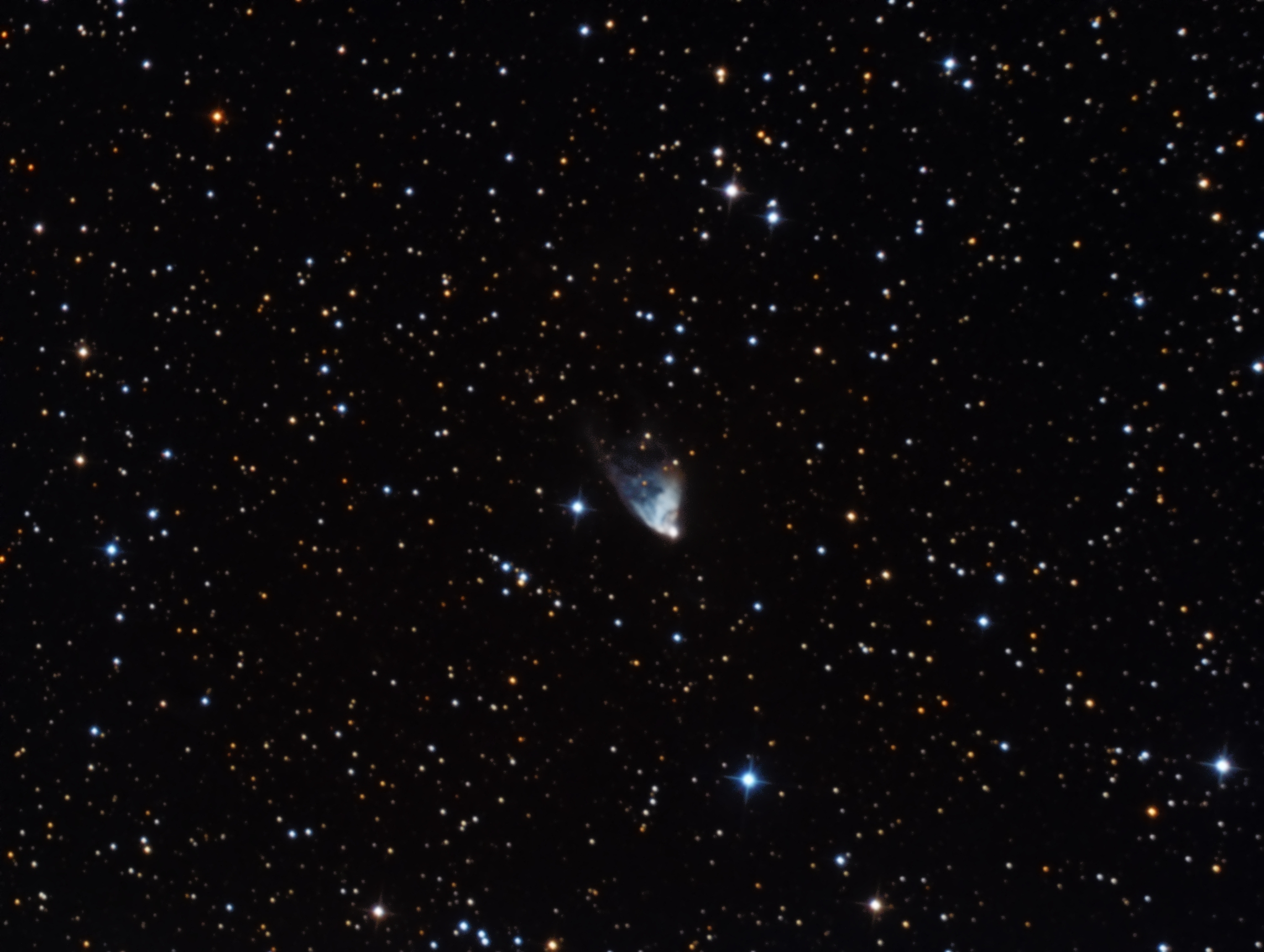 NGC 2261 is often called Hubble's Variable Nebula. Named after Edwin Hubble, who carried out some of the earlier studies of this object. Discovered in 1783 by William Herschel, and was the first object photographed by the 200 inch Hale telescope.

It was Hubble who first noticed the changes in the nebula in photographs. The object changes in brightness and shadows in the structure of the nebula. The changes occur over weeks and months. The best theory explaining it, is dense knots of dust streamers cast shadows on the reflection nebula. The nebula is illuminated by the star R Mon, which is a young Orion type star. It is an irregular, eruptive type of variable star that can vary as much as 2 magnitudes in brightness. 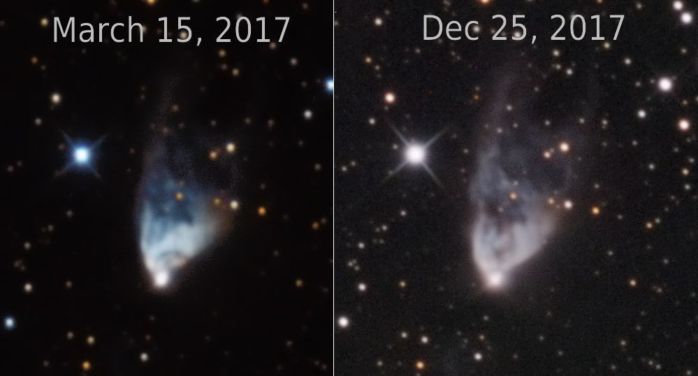