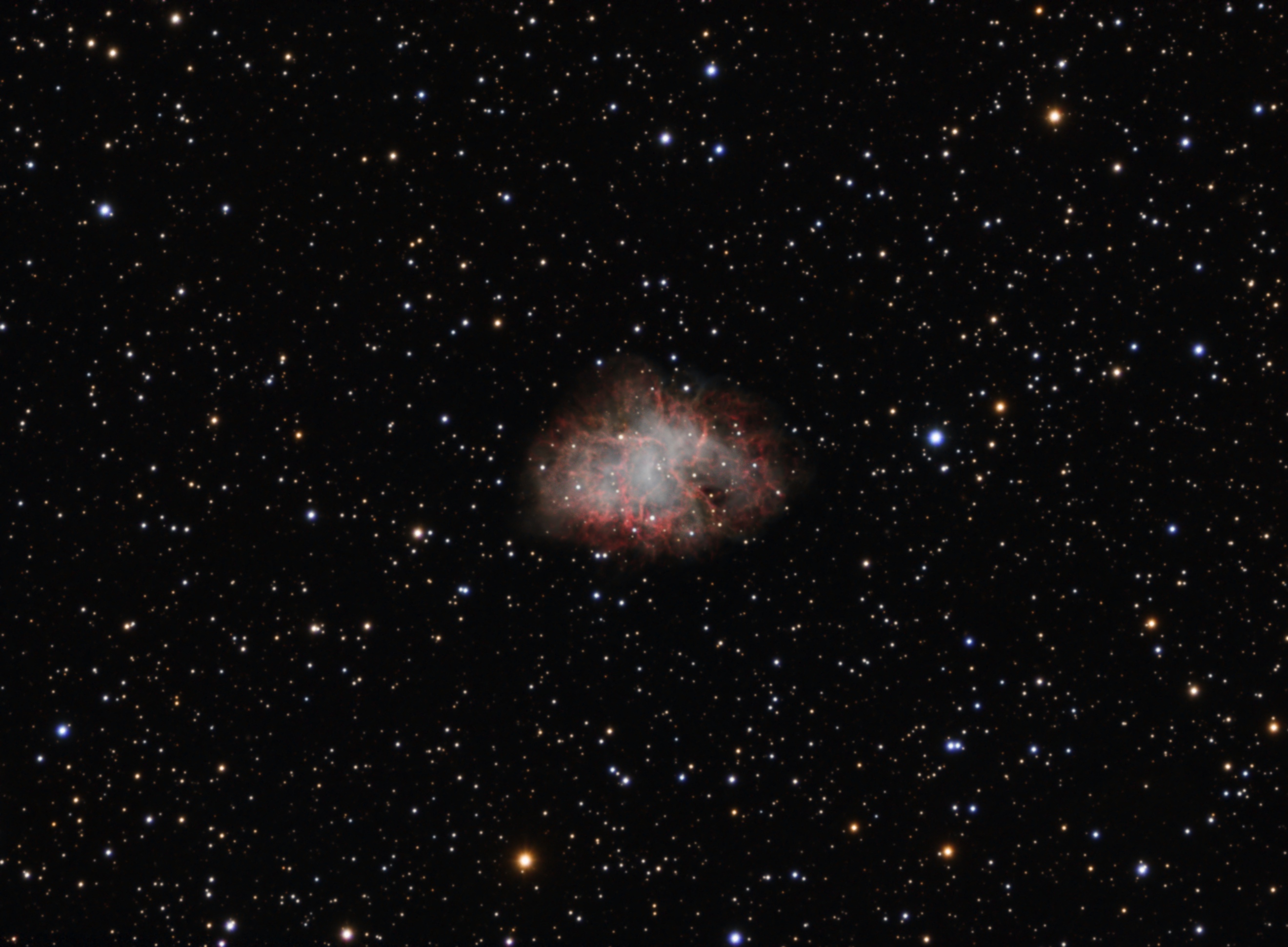 Messier 1 is a supernova remnant located in Taurus. In 1054, Chinese astronomers recorded a bright new star that faded away over time. For awhile it was the 2nd brightest object in the night sky after the Moon shining at a magnitude of -7. Venus on occasions will only make it to around -4,8 magnitude. Independently discovered by Charles Messier while looking for Halley's Comet, it gave him the ideal to record non-moving objects that could be mistaken for comets. It is also called the Crab Nebula because of a drawing William Parsons made that he thought it resembled a crab.

At the heart of the nebula is a pulsar, which is the remains of the progenitor star that collapsed down to a neutron star. The highly magnetized star is spinning around 30 times a second that creates the pulses of radiation. The progenitor star was thought to be between 9 and 11 solar masses, the existing star is around 1.4 to 2 solar masses and is compressed down to a size less that 30 kilometers across.

The narrow band image is composed of light taken through hydrogen alpha, oxygen iii, and sulfur ii filters that only let those particular segments of the spectra through. The filters highlight the different regions of the nebula.