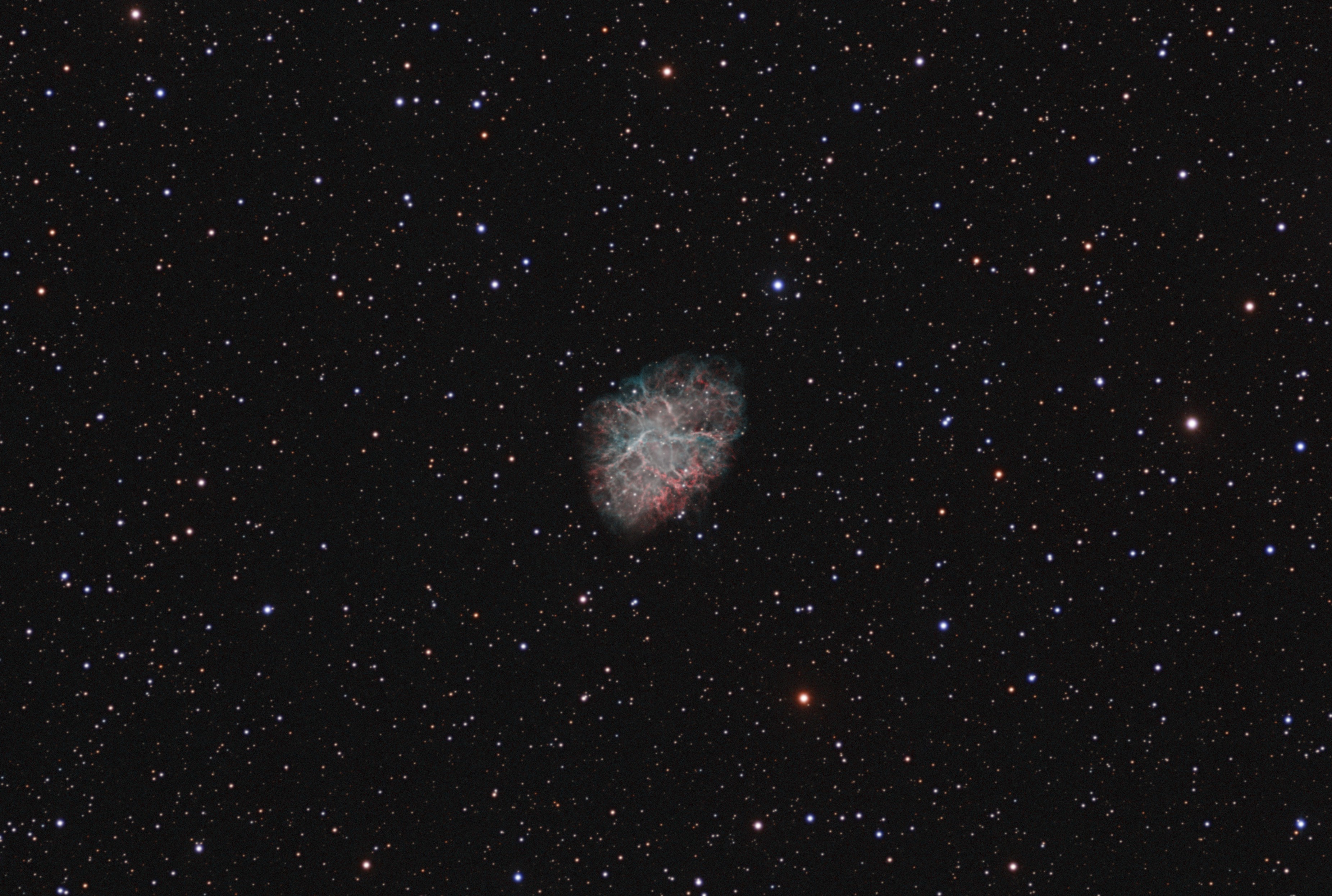 Messier 1 or the Crab Nebula, a supernova remnant from a star that went supernova in 1054 observed and recorded by Chinese astronomers. Being so bright, it was even visible in the day time. All that remains of the star is a neutron star that spins at 30 times a second that emits pulses of radiation. Such stars are called pulsars as the beam from their magnetic poles causes a pulse of radiation as they rotate. The expanding nebula is illuminated by the radiation outpouring from the pulsar and is expanding at the rate of 1,500 km/s.