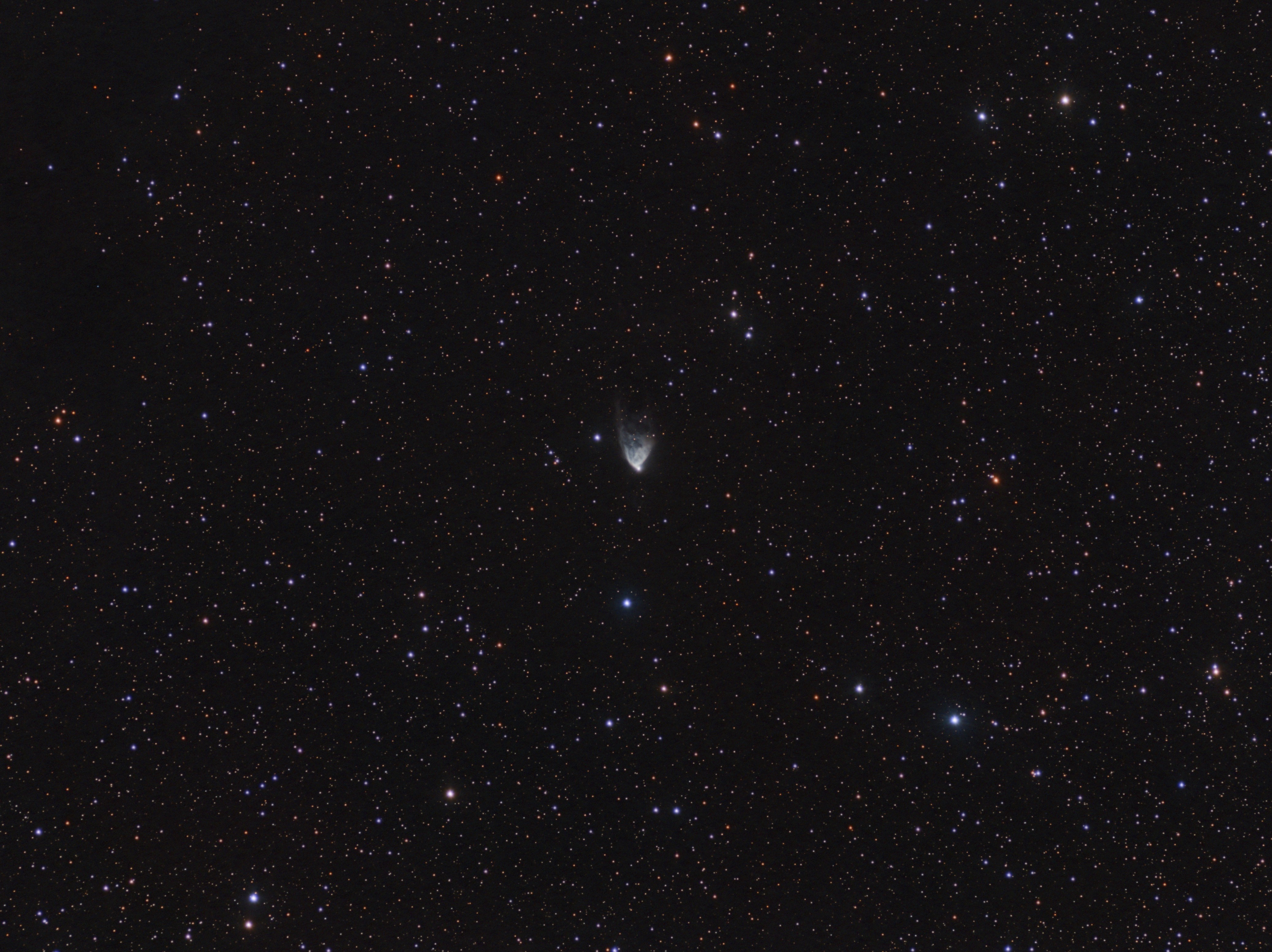 So named because of its changing light and dark patterns on the nebula is though to be caused by dust clouds near the illuminating source by the star R Monocerotis casting shadows on the nebula. The star itself a T Tauri variable, is encased dense clouds of dust.

The patterns are know to change over weeks and months. Discovered by William Herschel and studied by Edin Hubble.