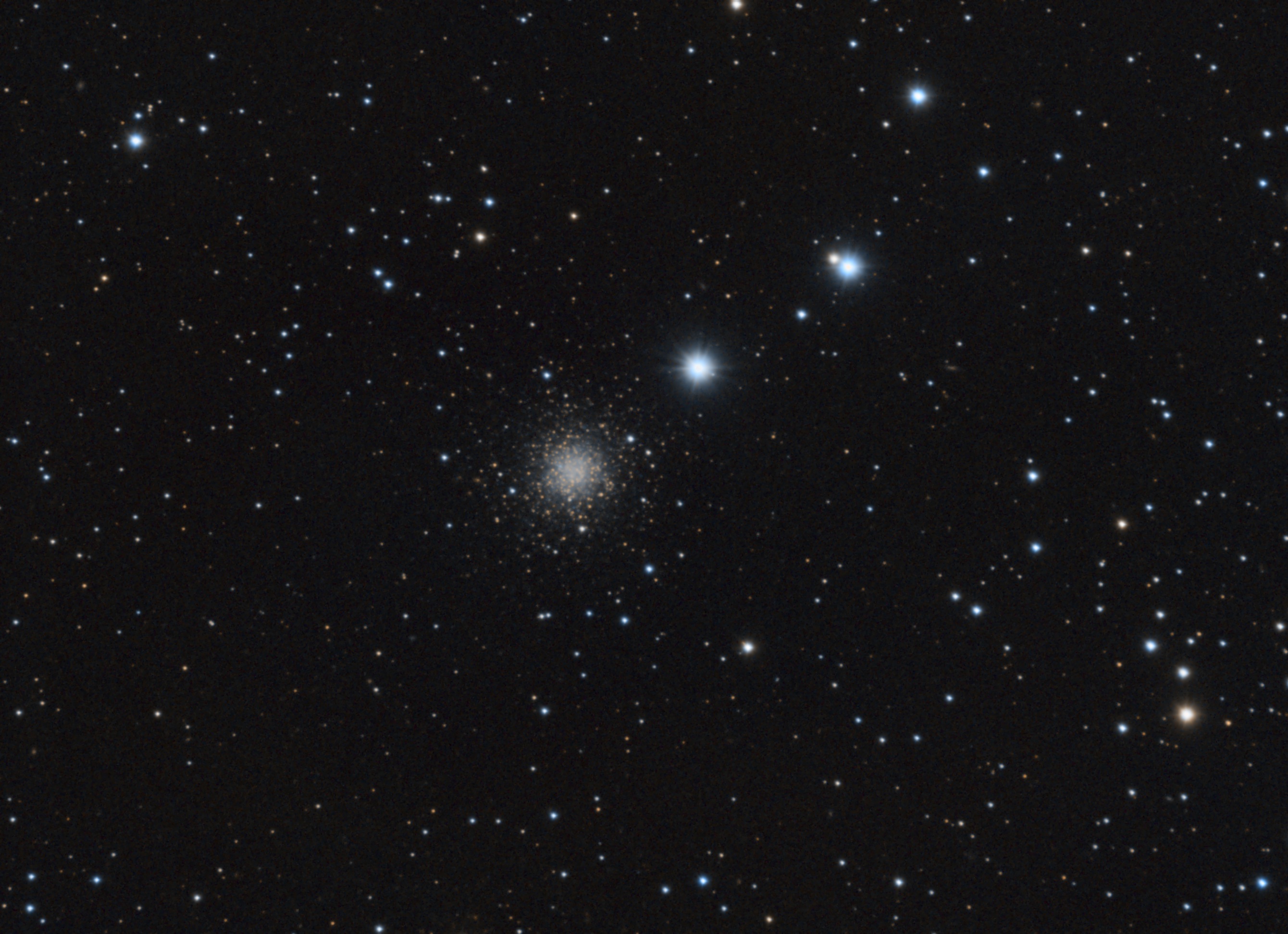 Nicknamed the Intergalactic Wanderer because it was originally thought not to be in orbit around the Milky Way galaxy. The globular cluster is located 300,000 light years the galactic center, which is further away than the Large and Small Magellanic satellite galaxies of the Milky Way galaxy. If not for the extreme distance, it would be one of the larger, brightest globular clusters visible. It is estimated it takes 3 billion years to complete an orbit around our galaxy.