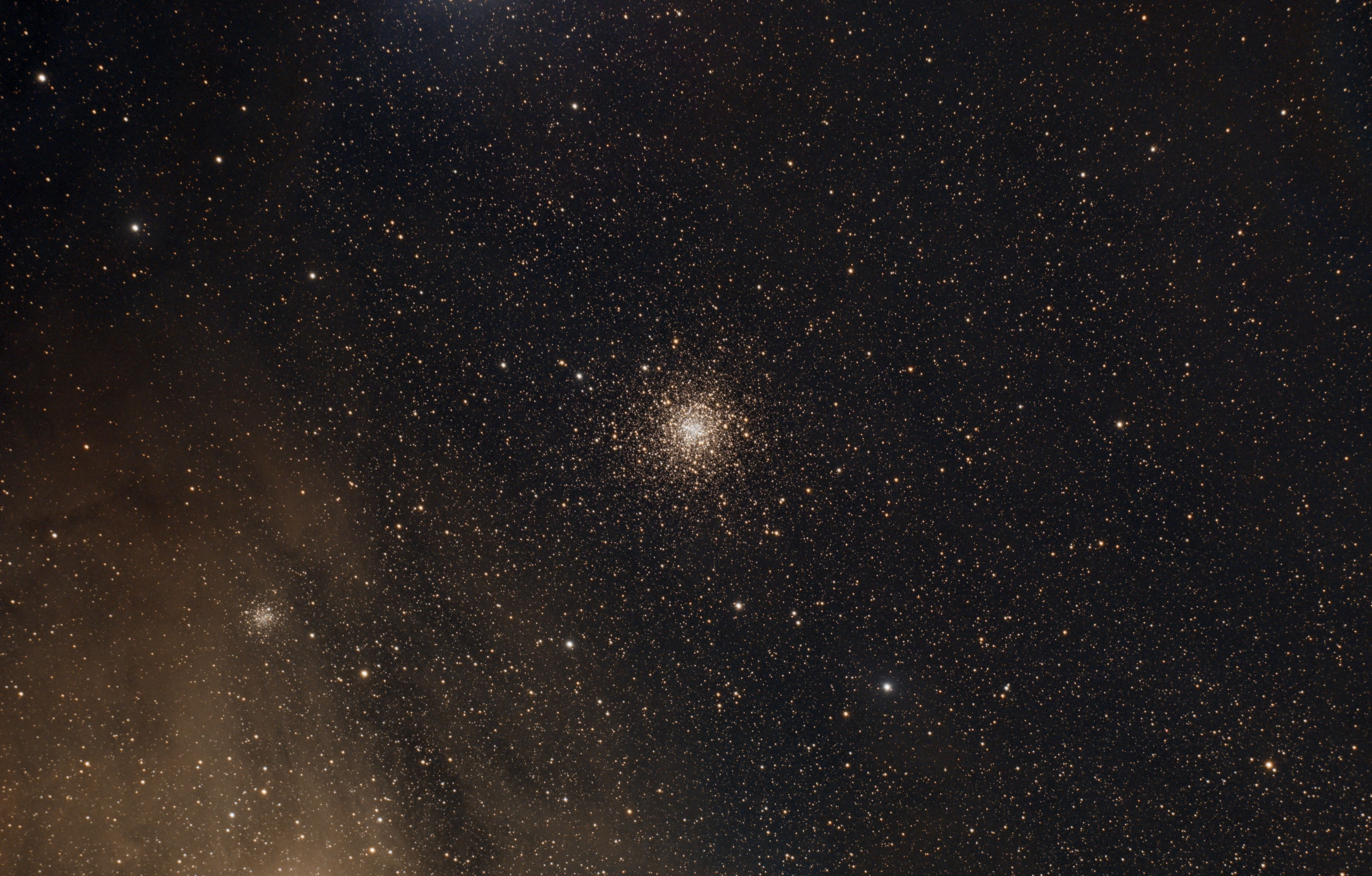 Messier 4, a globular cluster located in Scorpius. It contains more than 20,000 stars, which is less that most globular clusters, but as it passes through the plane of the Milky Way, it may have shed stars with each passage. And at 7,200 light years away, it is one of the closer ones. As it lies near the bright star Antares, it is relatively easy to find in the sky. Antares itself is embedded in a nebula in which the outer parts can be seen in the lower left. M4 has a distinctive bar feature of stars across its middle. In 2003 a Jovian plus sized planet was discovered orbiting a binary star that consists of white dwarf and a neutron star outside of M4's core. The planet is thought to be 12.7 billion years old as the globular itself is thought to be over 12 billion years old.