Celebrated the July 4th holiday by imaging one of the brightest and best known globular cluster visible in the northern hemisphere. M13 contains an estimated 300,000 stars. Often called the Great Globular Cluster in Hercules, it is conveniently located in the constellation of Hercules. The cluster was described by Edmond Hally in 1714, and was added to  Charles Messier's catalog on June 1, 1764. In 1974 a radio message was sent in the direction of M13 from the Arecibo radio observatory, but don't expect a reply as it would take 25,000 years to get there, and another 25,000 for a reply. Also by that time, both the cluster and the solar system will have moved due to their orbits around the galaxy. Also globular clusters tend to consist of old stars that have very little metal content to form planets that have metals that we find so useful here on Earth.

Imaged with the RC10 scope and the ZWO 1600 MMC mono camera. 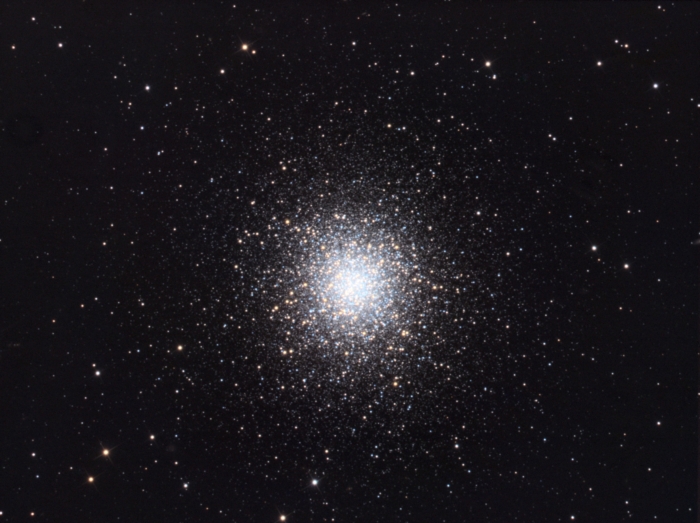