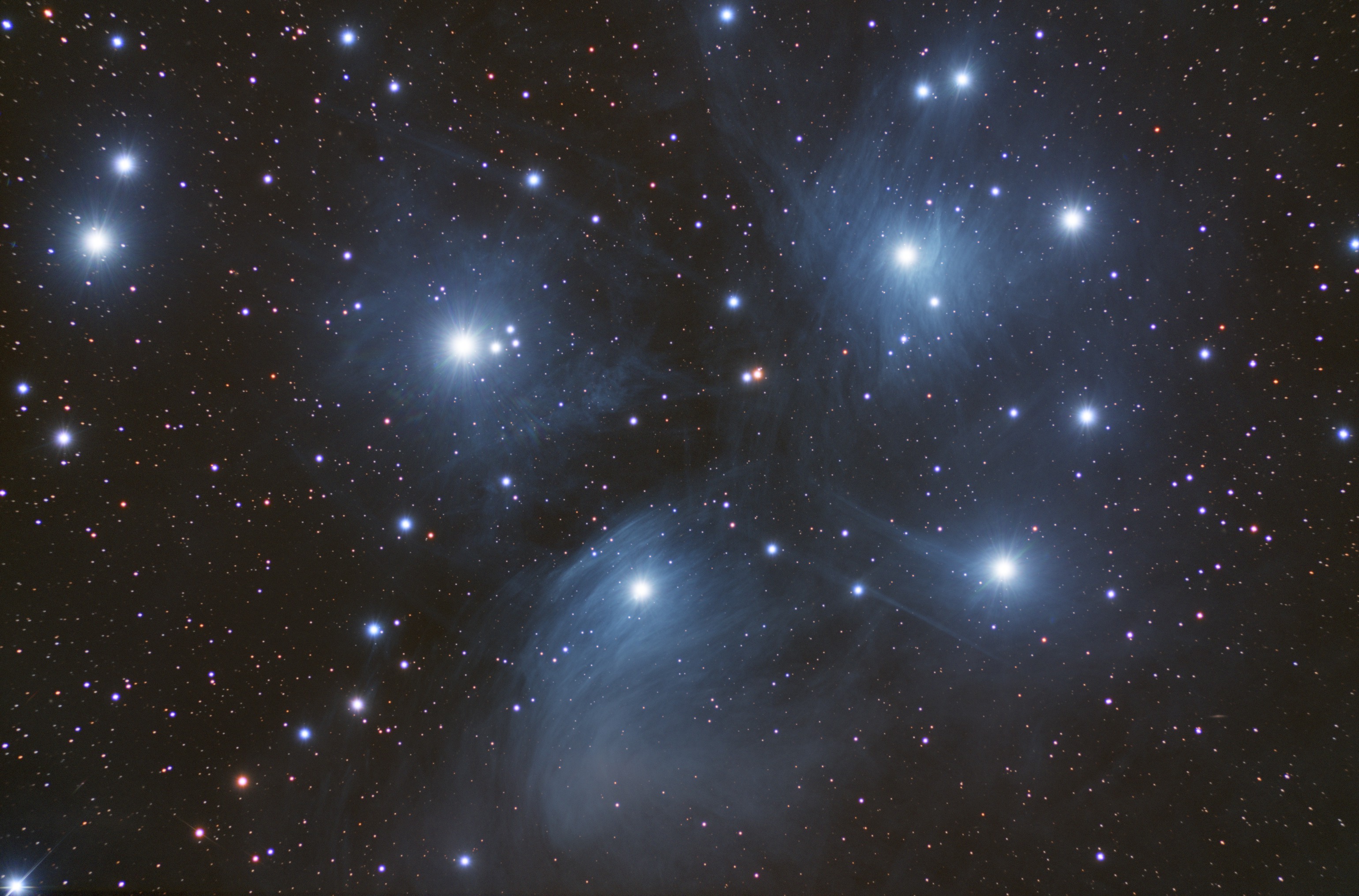 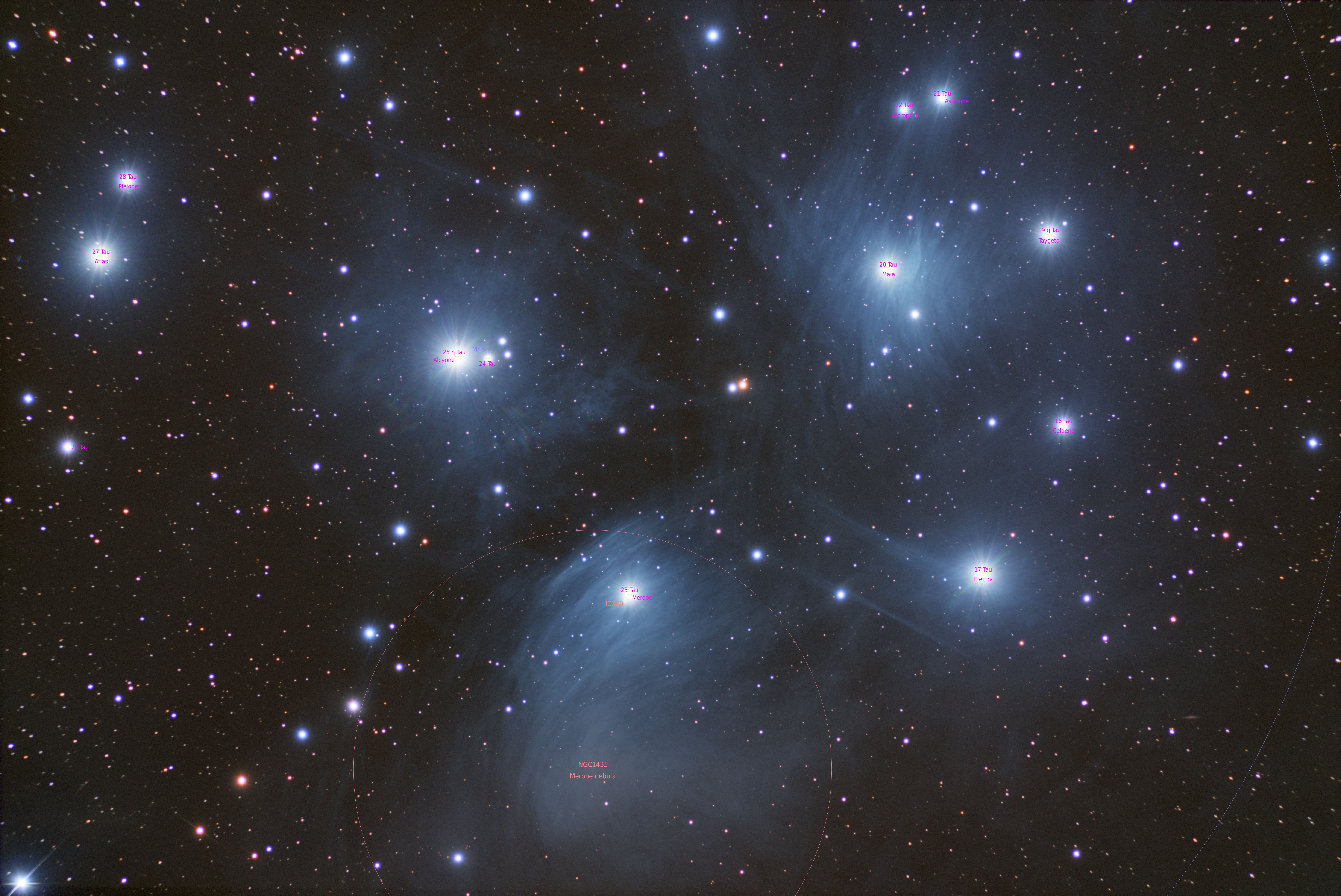 Also a bright knot was discovered around Merope by astronomer Edward Barnard that is being eaten away by the intense radiation from Merope. Due to the dazzling light from Merope, it is difficult to see, and later given the designation of IC 349, or is sometimes referred to as Barnard's Merope Nebula or Merope's Companion. 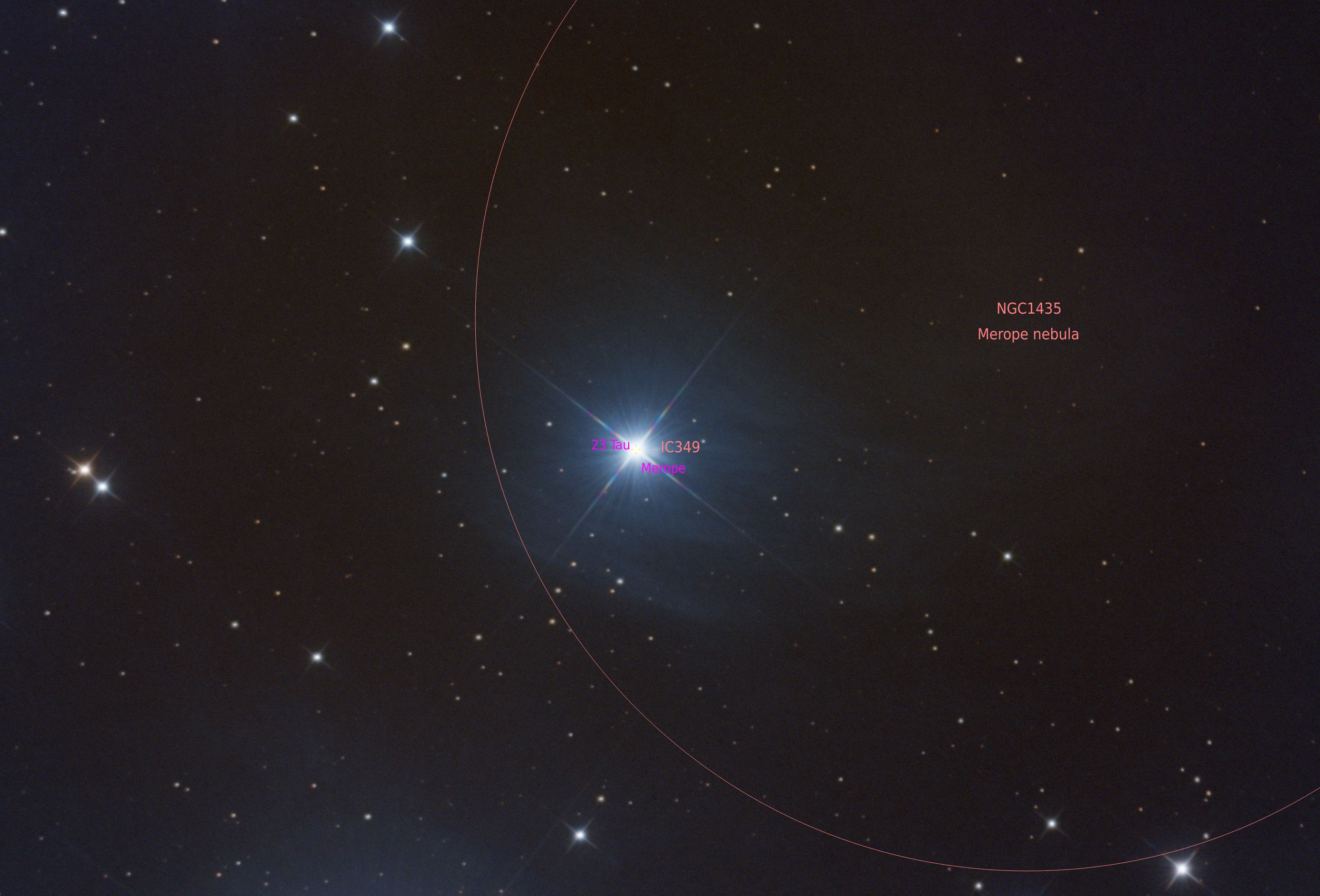