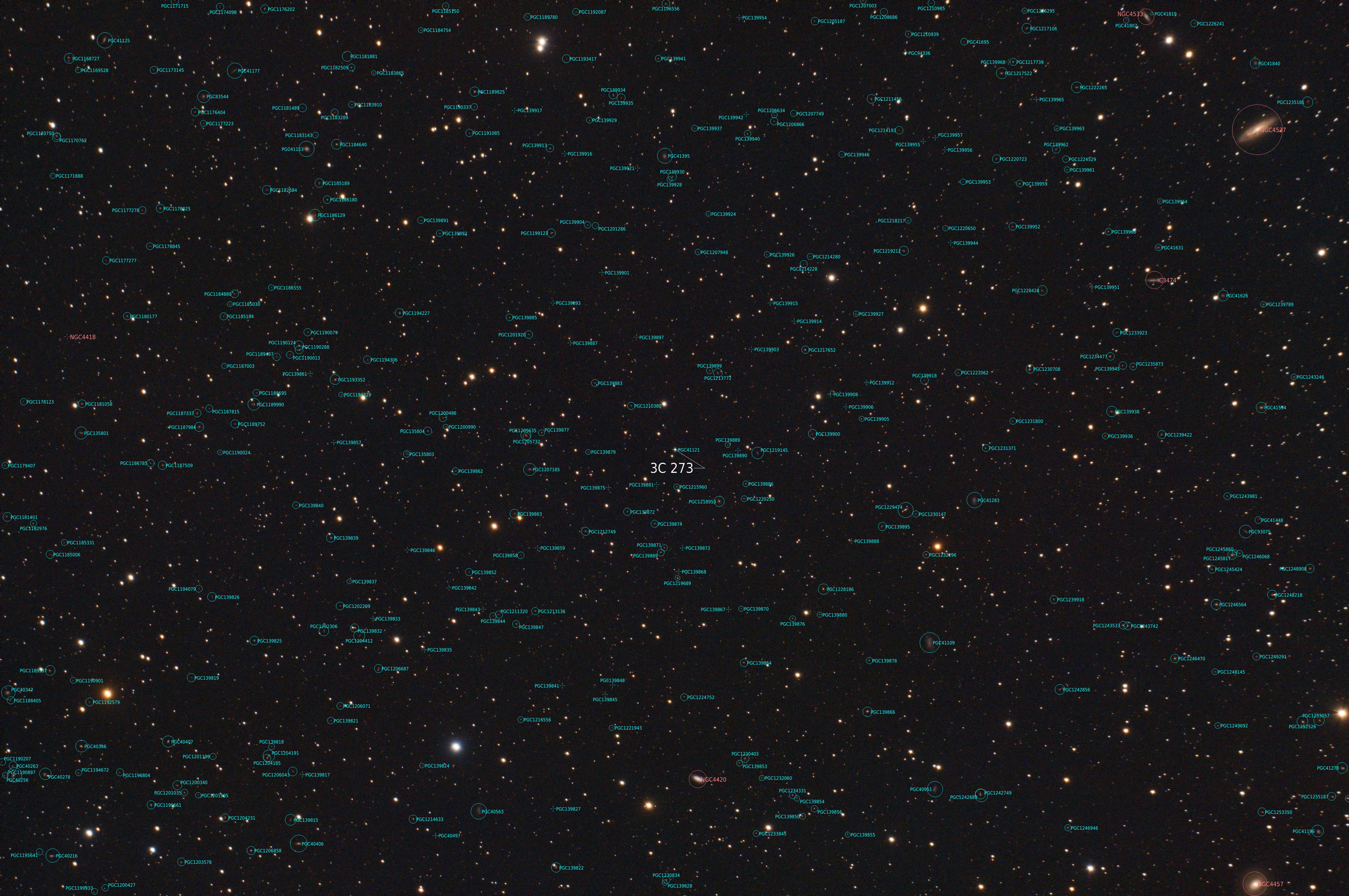 Color images taken with the 80 mm refractor, and the inset image was taken with a larger 254 mm scope.

The blazar which has been in an active state since 2015 has greatly increased in brightness at the end of November. The blazar is located in the constellation of Pegasus.

While it might not look impressive in this image, consider that most of the stars visible in this image are only a few thousand light years away, while OJ 287 is 3.5 billion light years away. What powers this system is a black hole, and not just any black hole, but a super massive black hole. It is among one of the largest found at a mass of 18 billion solar masses. But there is more, it is orbited by another black hole. The companion's orbit is decaying and is expected to merge with the central black hole within 10,000 years.

This "star" was originally assumed to be a variable star with a 11-12 year cycle. It wasn't until the red shift of its spectrum was measured placing it at its extreme distance. When these types of objects were originally discovered, it was quite the mystery of what could be generating that amount of energy. It wasn't until the theories of black holes that this amount of energy could be explained. Quasars, of which OJ 287 is a type of, are powered by super massive black hole at the center of a galaxy. In falling matter to the black hole's accretion disk creates the energy. The energy is generated by intense gravitational forces and friction in the accretion disk. A typical quasar consumes 10 to 1000 solar masses per year.

OJ 287 is considered a blazar, which is a type of quasar where the jets emitted perpendicular to the accretion disk point in the general direction of Earth, increasing the brightness of the object.


If that isn't enough, there is always the nice "carbon" star T Cnc in the upper left corner. A carbon star is usually a red giants variables with lots of carbon in their outer gas shell. It is very good at absorbing other colors from the star, resulting in a deep reddish-orange hue.