After using the dome for several years, started thinking about the next observatory. Wanted the capability of using two scopes in those seeming rare clear moonless nights, and the ability to image without having to rotate the dome. At the time, automating my dome was looking rather difficult and expensive.

Settled on a roll off roof observatory, and after doing research, ordered plans for a SkyShed RoR. Picked the 10 foot by 10 foot one, based on my ability to haul the supplies, and most likely I would be building it by myself.

Started work on it in April 2015 by building the four walls. Here is the left side wall that the roof closes up to.

This is the front side, that contains the door, and two windows. 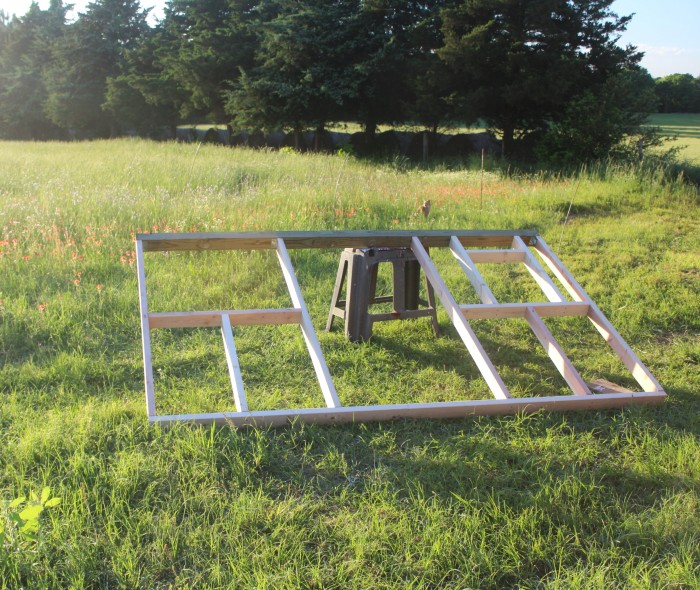 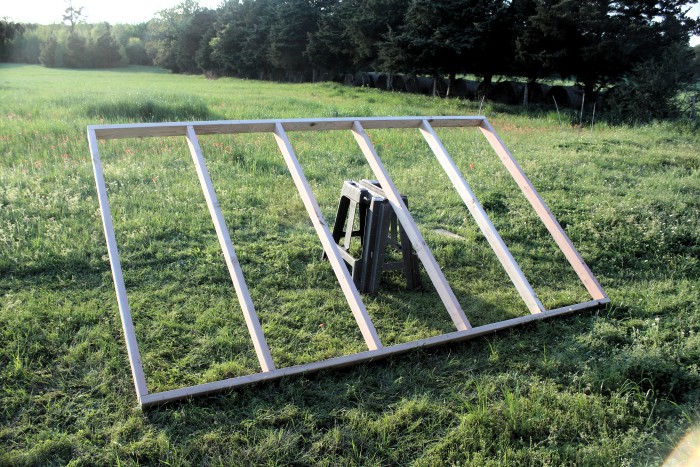 And finally the right side wall, the side the roof opens up to. 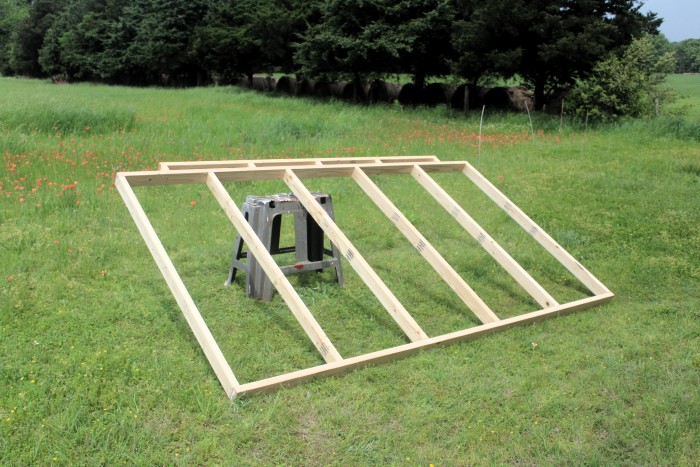 Then came the fun part of building the foundation. I decided on a pier and beam foundation supported by concrete piers. The ground starts sloping downhill, and I also wanted it up off the ground as much as possible. 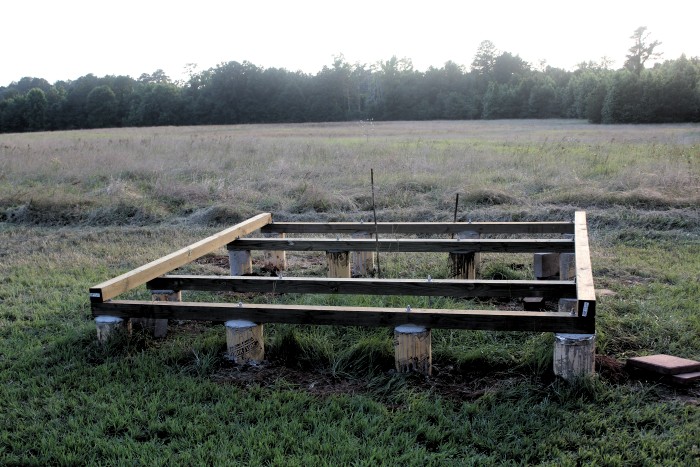 The foundation and subfloor, finally finished. 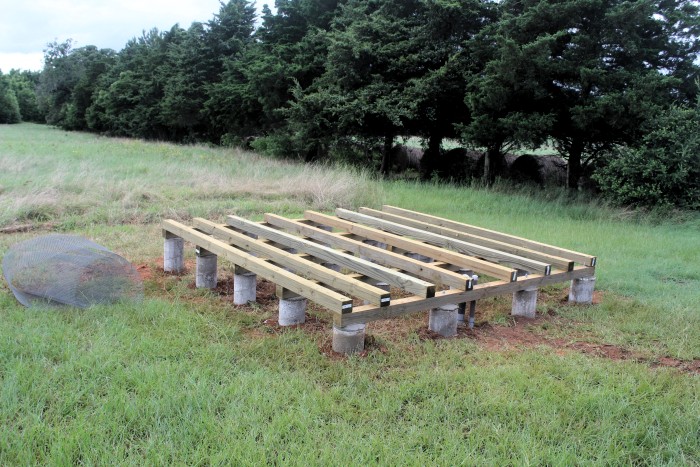 Then added a section of deck for the base floor. I also cut out the center section for a future addition of a pier. Later in the construction I added plywood underlayment to help seal the cracks in the floor. 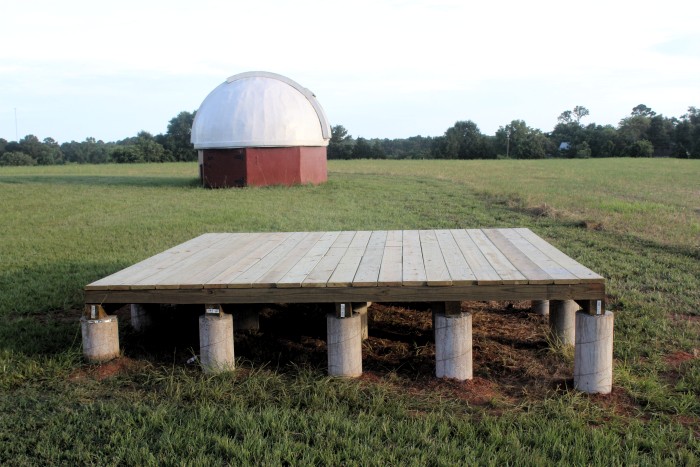 Finally able to put up the walls that I'd had stored in my shop! 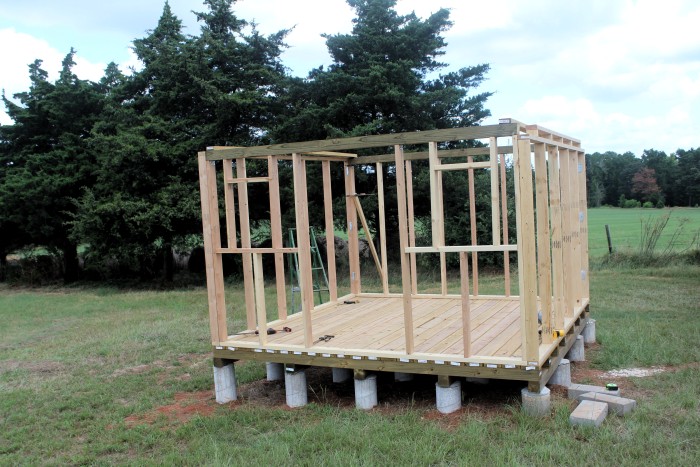 Covered the outside in OSB panels. 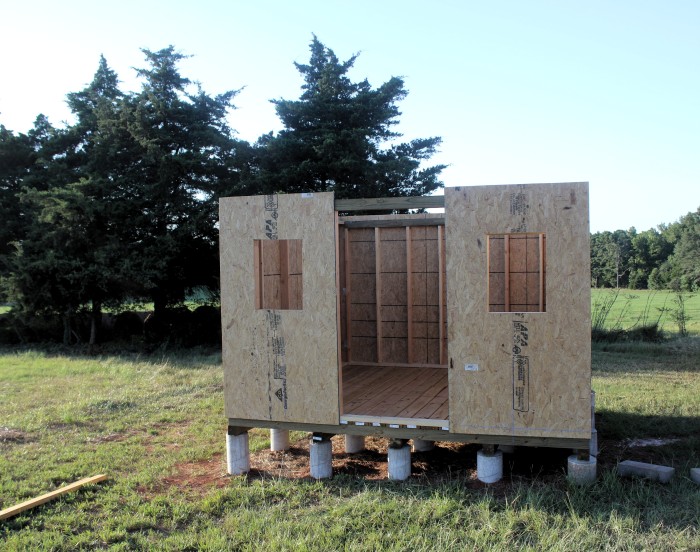 Then it was time to add the roof roll off supports and build the roof base frame. 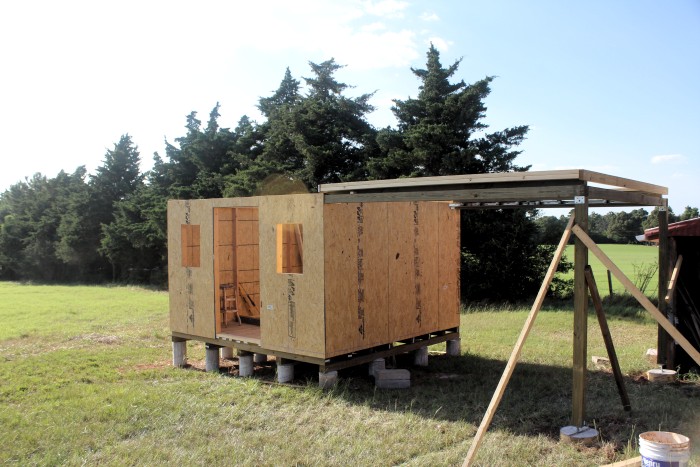 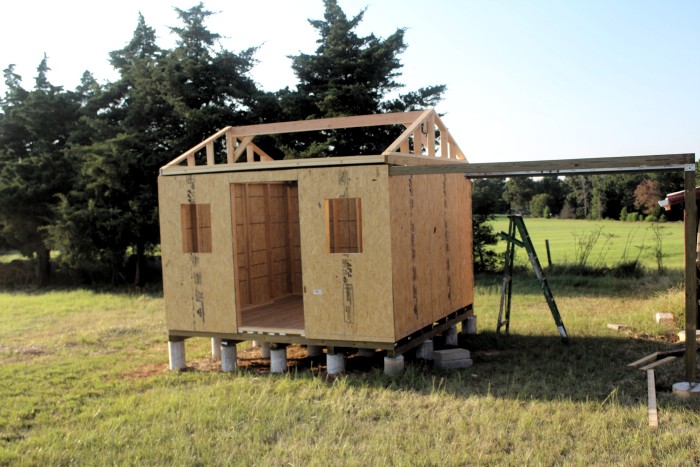 Then the ever fun rafters. 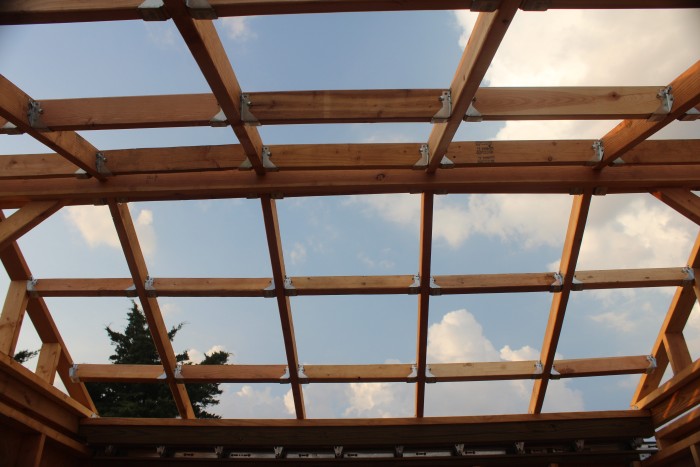 Added some thin ODB panels, roof felt, then covered it all with tin. Finally starting to see the light at the end of the tunnel, or so I thought. 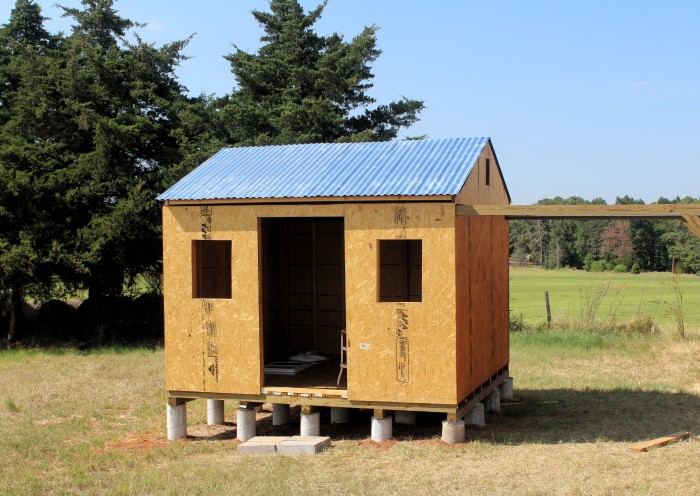 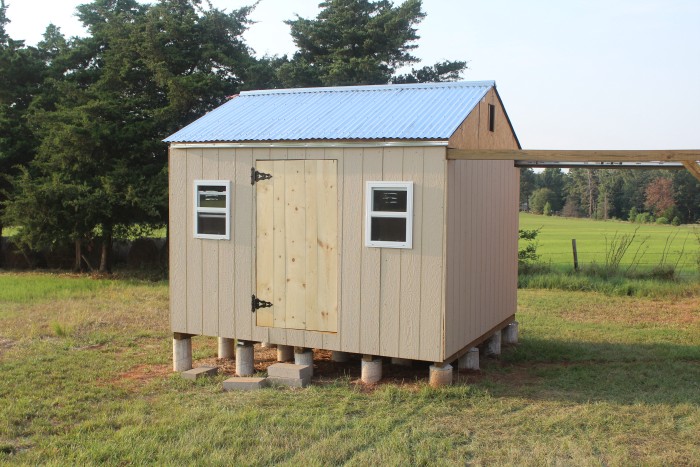 Painting to match the surrounding building, and built a door for it. 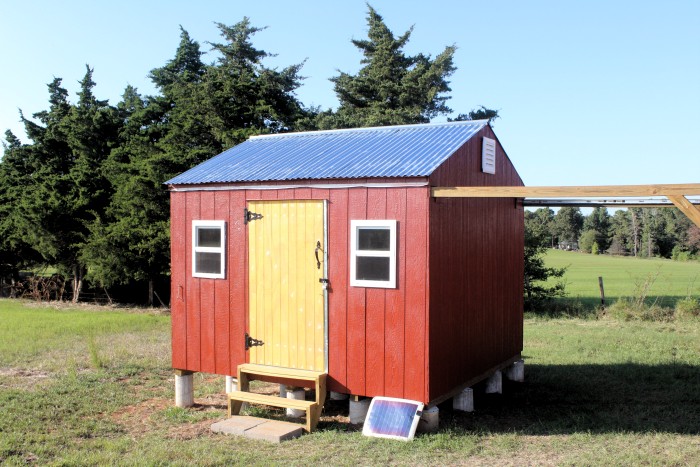 Then its time to work on the inside, decided to insulate the walls, and a layer of paneling, and added some electrical plugs. Also added an exhaust fan to the back wall. 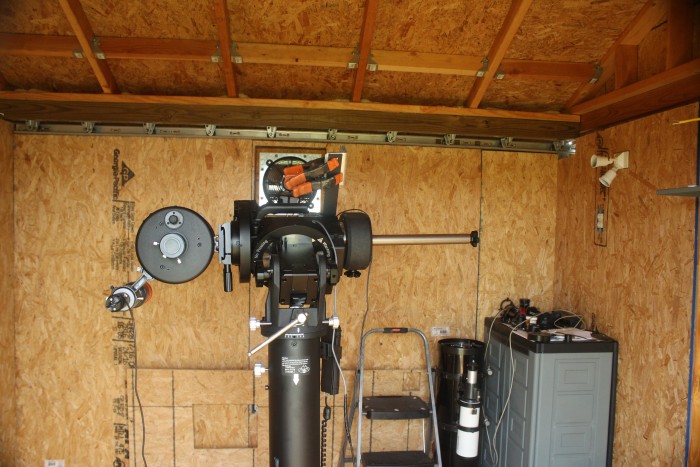 Almost done, didn't I think that a long time ago? A year later, just need to add some insulation to the roof, and minor electrical work, and some exterior trim.

In June 2016, added insulation to the roof to hopefully keep some of that Texas summer heat out. 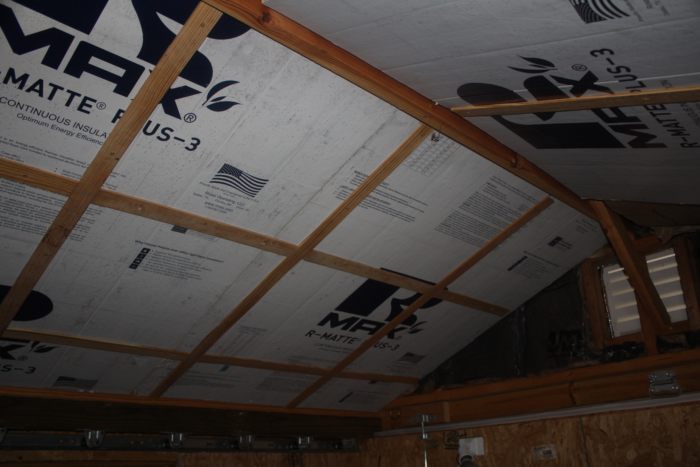 Then on to the details, finishing off the desk work area. 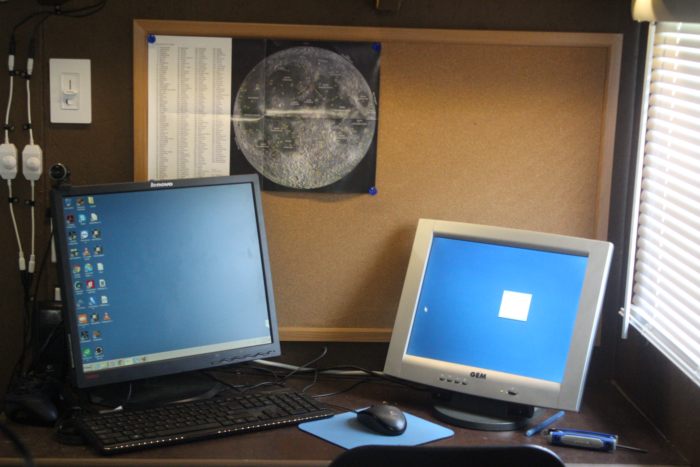 Always something to work on, but for the most part, after painting the inside walls and roof, the project is mostly finished. 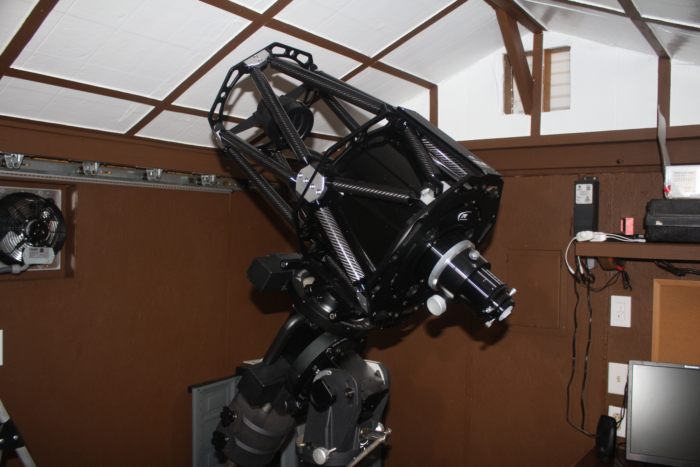